The York City Council made the right decision recently when it opted to put the hiring of a new business administrator on hold. 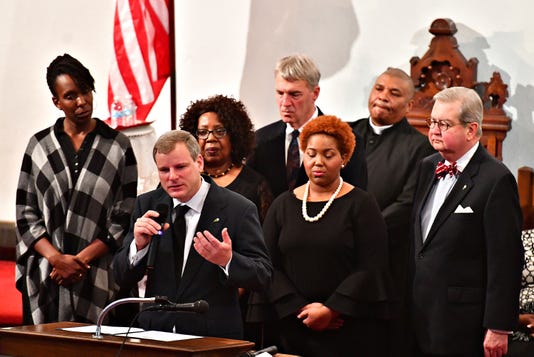 By any standard, that’s a nice chunk of change.

The person charged with supervising and coordinating the administrative functions of the city is the business administrator. That person also assists the mayor in preparing the budget, administering a centralized purchasing system, supervising personnel policies and maintaining oversight of city expenditures.

For fulfilling those duties, the business administrator is slated for a salary of $106,000.

By any definition, it’s a pretty important job.

That’s why the recent decision by the City Council to delay the hiring of W. Glenn Steckman III as the city's new business administrator was the right move. There are some very important questions that must be answered before the City Council can properly decide if Steckman is the right person for the job.

Still, the city has gone nearly half a year without a business administrator. That’s a long time for one of the key jobs in the city administration to go unfilled.

York City Mayor Michael Helfrich is no doubt eager to fill the position, and Williams is likely feeling a bit overwhelmed trying to do two jobs.

A red flag: Unfortunately, the man Helfrich has picked to take over the business administrator’s role comes with a significant red flag.

Steckman was recently fired, without explanation, as the managing director for the city of Reading. The position Steckman held in Reading is similar to the role he would fill in York. Steckman had held the Reading position since June 2016 before he was terminated by Reading Mayor Wally Scott the week of Sept. 18.

After his dismissal, Steckman held a news conference saying the city of Reading “is now unstable” and claimed the media was alerted to his firing before he was notified.

The public details about what happened to Steckman in Reading are murky, at best.

Right call: Given that background, the York City Council made the right decision when it pulled a vote on Steckman’s hiring from the Wednesday, Jan. 2 agenda. The council members have some questions they want answered before approving Steckman's hiring.

Helfrich, obviously, is comfortable with Steckman’s explanation for what happened in Reading. After all, he is Helfrich’s selection for the job.

City Council, however, has a duty to conduct their own investigation into the situation. The City Council should not serve as a perfunctory rubber stamp for the mayor. The council serves a vital role as a check on the mayor. The two must work hand in hand.

He may still be hired: It’s entirely possible that Steckman will eventually be approved by the City Council. The council members may find that Steckman’s firing in Reading was completely unjustified. Steckman would certainly not be the first political appointee to be unfairly dismissed.

If that’s the case, Steckman deserves to be hired.

His hiring, however, should only come after he is completely vetted.

The business administrator’s job is just too important to the city and its taxpayers.

The City Council must be sure that Steckman is the right person for the job.

If that means slight delay in his appointment, so be it.