What are you going to be for Halloween this year? For television talk show host Megyn Kelly, the answer is “insensitive.” 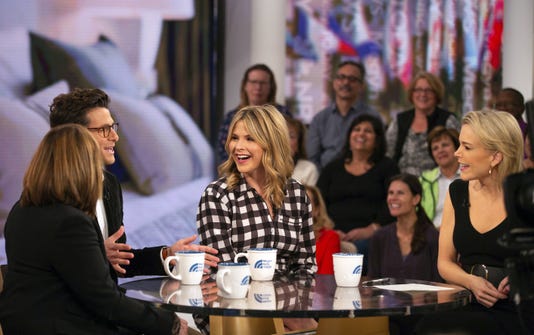 What are you going to be for Halloween this year?

In fact, that’s a charitable assessment of her comments last week during a roundtable discussion on her since-cancelled “Megyn Kelly Today” morning talk show, in which she wondered aloud what was wrong with dressing in blackface for Halloween.

“What is racist?” the former Fox News anchor asked during a panel discussion on political correctness and Halloween costumes. “Because you do get in trouble if you are a white person who puts on blackface on Halloween, or a black person that puts on whiteface for Halloween. And back when I was a kid, that was OK, as long as you were dressing up as, like, a character.”

No, we’ve evolved further as a society — or, at least, we should have — than to allow highly paid professionals with law degrees to suggest that there are times when blackface is “OK.”

To her credit, Kelly apologized the next day.

To its credit, NBC pulled the plug on her show, though that may well have had as much to do with the program’s anemic ratings and its host’s string of difficulties as it did with the most recent controversy.

Still, the quick and forceful response was the right move and sends a much-needed message that outdated racists views views have no place in public discourse.

Meantime, Kelly's tone-deaf comments about blackface are a timely pre-Halloween reminder to check the racially and culturally insensitive costumes at the door.

More: EDITORIAL: The children of the opioid crisis

There are endless options for trick-or-treaters without having to resort to mimicking another race or culture. A good rule of thumb: How would someone with the characteristics a costume depicts feel upon answering the door to someone in that costume?

A little sensitivity can go a long way.

There was a time when minstrelsy and blackface were indeed accepted forms of costumery and entertainment — a time well before Megyn Kelly’s childhood, we hasten to add.

It is not a proud part of our past. Vestiges of it reverberated for far too long and, in many ways, continue to do so today.

Those vestiges need to be extinguished, and calling out excuse-making for flagrantly racist displays such as blackface is an obvious way to do so.

When we know better, it is said, we do better.

And in 2018, when it comes to blackface, we really ought to know better.