Those 25-30 girls have now learned that, just because they are female, their appearance and the effect it might have on the boys around them is more important than their education. 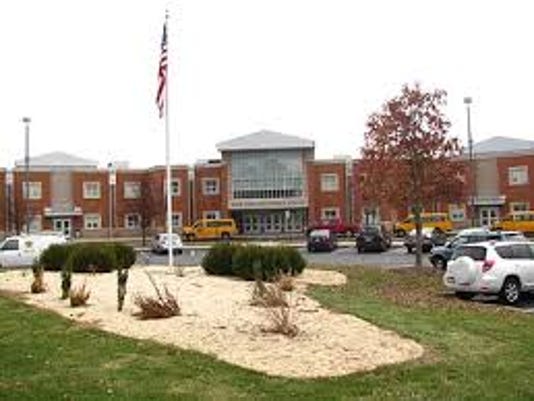 That's what girls around the country call it when they're told that the outfit they've chosen to wear to school that day does not fulfill the rules their schools have set out governing their apparel.

Last week, on May 22, West York Area Middle School decided it was time for a bunch of girls to be dress coded.

Shawn Fink received a text from her 12-year-old daughter that day saying that Fink needed to bring her different shorts to wear before she would be allowed to go to class.

When Fink arrived at the school, she saw 25 to 30 girls being held in the school's health suite, waiting for parents to bring them different clothing because they had worn shorts that were too short, according to the dress code.

The middle school handbook is clear about the dress code: Shorts, skirts and dresses must reach the mid-thigh. It also details other clothing rules: Nothing advocating drug or alcohol use, nothing racially or ethnically offensive, no head coverings or sunglasses.

Then there are the rules that seem to be written strictly for girls: No see-through blouses, no spaghetti straps, no halter tops, no low-cut blouses.

"Attire that is generally offensive, suggestive, vulgar, revealing, or disruptive to students or staff will not be permitted," it says.

On this Tuesday morning, the school decided that more than two dozen girls were wearing shorts that were so revealing that they needed to be kept out of class to avoid disruption.

Yes, Fink said, her daughter's shorts were shorter than mid-thigh. But girls had been wearing shorts, and even shorter shorts, to school since the weather turned warm a couple of week ago, and no one had said anything. Her daughter had not been given a warning, and she wasn't told immediately why she was being taken to the health suite at the beginning of the school day.

The district admits that the school handled the situation badly, and the administration is working out a better way to deal with it in the future, according to spokeswoman Cindi Greco.

But the underlying problem here is an outdated dress code that puts all the responsibility on girls to make sure their bodies are not "disruptive" for their classmates and teachers.

The girls in this school are 11 to 14 years old. They need to be taught math, science, English, history, art and all the other knowledge and skills they will need to begin the next stage of their education in high school.

Those 25-30 girls have now learned that, just because they are female, their appearance and the effect it might have on the boys around them is more important than their education. They missed class time because of the way they chose to dress on a certain day.

This is the wrong lesson for girls to receive in 2018.

It's time to let the strict dress codes for girls die and instead teach all the students to respect each other and themselves. Even when they can see another student's legs.