EDITORIAL: For women worldwide, the time is now 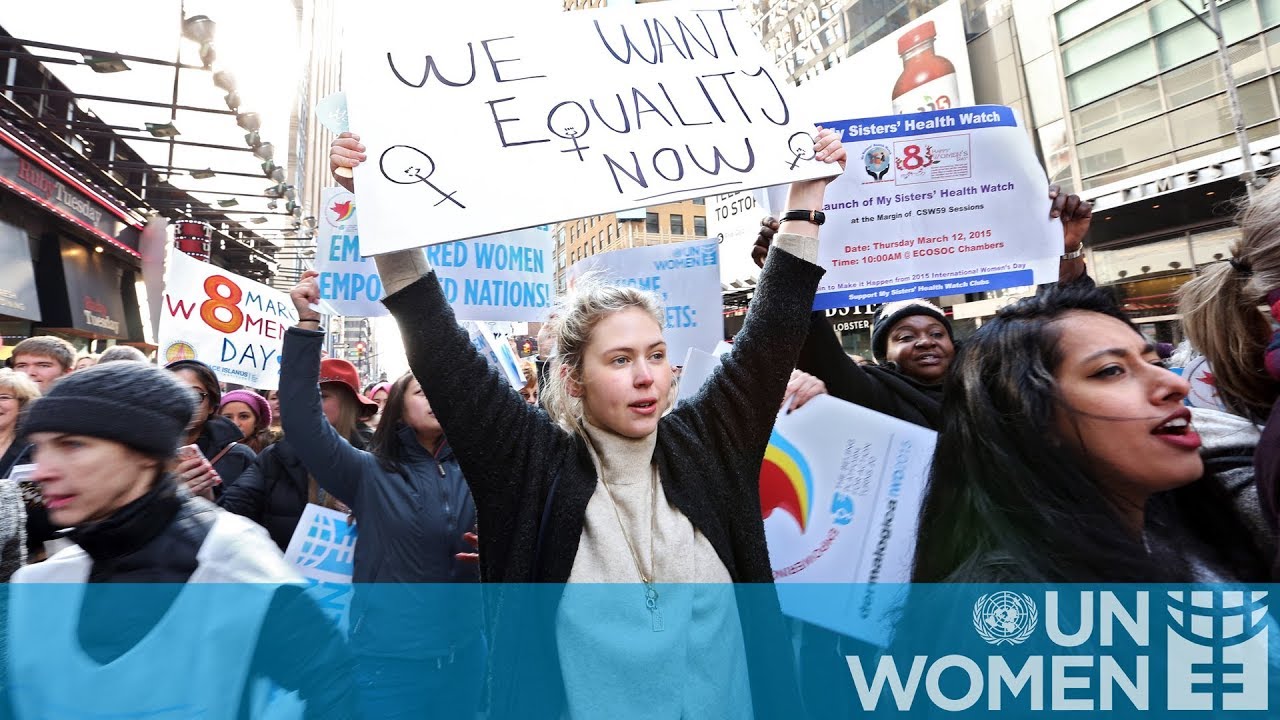 On International Women's Day, Thursday, March 8, we should take a look at how far women's movements around the world have come — and how far they have yet to go.

According to a Pew Research Center study, the gender pay gap in the U.S. is narrowing, particularly among younger workers, but it still persists. The study shows that in 2015, women earned 83 percent of what men earned (the study looked at full- and part-time workers). This follows a stagnant decade in the early 2000s in which women's wages seemed stuck at about 77 cents per every dollar earned by a male counterpart. By this estimate, women would have to work an extra 44 days in 2015 to earn what men did.

The Census Bureau numbers are not quite as good: it found women earned 80 percent of what men did in 2015, based on full-time, year-round workers only.

Pay equity is but one issue women must navigate on the road to full equality.

At home and around the world, women are raising their voices on issues such as sexual violence, abuse of power, wage disparity, working conditions, education and food and housing security. In countries where female genital mutilation remains legal, political pressure to end the practice continues to escalate.

The #MeToo and #TimesUp movements have expanded to include women around the nation and around the world who are insisting their stories be heard and validated. Those stories often include explicit and more subversive — but no less devastating in their outcomes — campaigns against autonomy, upward mobility and equitable treatment in government, corporate and even family dynamics, where domestic violence is predominantly perpetrated on women by men.

The era of the powerful preying on the less powerful is evolving. It is being exposed to the light of day, where predators will be identified and women will not settle for being relegated to the shadows to suffer in silence.

For the men who believe that women's voices deserve to be heard and the inequities must be corrected, they will be on the right side of history, as allies. Because equity for women and a culture where consent and boundaries are respected — and respect for gender identification is the norm — is as beneficial for boys as it is for girls.

United Nations General Secretary António Guterres writes in his International Women's Day message that "achieving gender equality and empowering women and girls is the unfinished business of our time and the greatest human rights challenge in our world."

The sacrifice of generations of women who fought for equality has lifted the women of today and given them power to raise their voices. As Guterres points out, "there are more girls in school than ever before; more women are doing paid work and in senior roles in the private sector, academia, politics and in international organizations, including the United Nations. Gender equality is enshrined in countless laws, and harmful practices such as female genital mutilation and child marriage have been outlawed in many countries."

However, there is work to be done to build a balance of power that will help combat discrimination and exploitation, Gutteres notes in his address.

He highlights the following issues that must be addressed and pledges that the UN will lead the way:

Women have made great strides. Today, on International Women's Day, let's remember that there is work to be done. Women who hold privilege and its attendant power must use their sway to promote other women at every opportunity. And men who understand that equity doesn't threaten their standing, it enhances it, will be vital allies.

The time is now. Onward.