In the age of COVID-19, many U.S. states are facing unprecedented budget crises. If unchecked, these will lead to funding cuts that devastate public education, leave students less prepared for the future and weaken state economies that depend on a well-educated workforce. 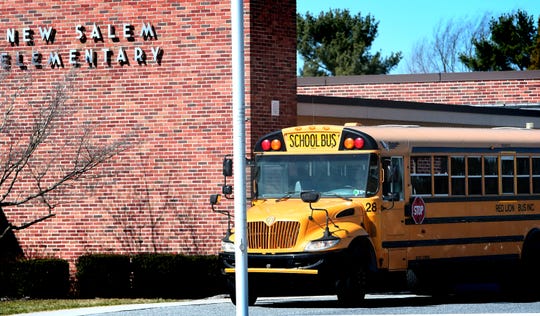 A bus awaits students at New Salem Elementary School at the end of the school day Friday, March 13, 2020. That was the last day of classes before Gov. Tom Wolf ordered Pennsylvania schools closed in an effort to contain the COVID-19 virus. York County school districts now are grappling with estimated losses of between $1 million and $3 million in local revenue for the 2020-21 school year. (Photo: Bill Kalina, The York Dispatch)

In the age of COVID-19, many U.S. states are facing unprecedented budget crises. If unchecked, these will lead to funding cuts that devastate public education, leave students less prepared for the future and weaken state economies that depend on a well-educated workforce.

The cuts have already begun, and they’re sobering. In April alone, nearly 470,000 public school employees across America were furloughed or laid off. That’s 100,000 more teachers and school staff who lost their jobs than during the worst point of the Great Recession a decade ago. At the Center on Budget and Policy Priorities, we are closely analyzing state budget gaps because we know the tremendous harm that can result from funding cuts.

Recently, Ohio Gov. Mike DeWine, a Republican, announced plans to cut $300 million in K-12 funding and $100 million in college and university funding for the current year. Meanwhile, Georgia’s top budget officials told the state’s schools to plan for large cuts for next year that will almost certainly force districts to lay off teachers and other workers.

More: Where are they now? York County school budgets 2020-21

With the deep economic downturn closing businesses and sending unemployment to its highest level since the 1930s, state income and sales taxes — on which states overwhelmingly rely — are drying up. As a result, our study estimated that state budget shortfalls during the next three years will total an eye-popping $765 billion.

So far, federal aid and states’ own reserves are only sufficient to cover about one-fifth of that gap, leaving states $590 billion short. In addition, many local governments face enormous deficits of their own.

The impact on public education could be severe. Across the country, states provide 47% of all K-12 funding (with localities paying 45% and the federal government providing the rest). At the same time, education comprises about 26% of state budgets, making education cuts very hard to avoid at a time of big shortfalls.

The experience of the Great Recession of 2008 provides a sobering example of what may yet come.

School districts have never recovered from the layoffs they imposed back then. When COVID-19 hit, K-12 schools were employing 77,000 fewer teachers and other workers — even though they were teaching 2 million more children, and overall funding in many states was still below pre-2008 levels.

House Democrats have proposed nearly $1 trillion in additional state, local and education aid, and governors of both parties agree much more is needed. President Donald Trump and Congress need to provide significant fiscal relief to help states minimize any education cuts. But the Trump administration and some in Congress remain resistant.

Whatever federal policymakers do or fail to do, states will need to draw down their reserves, close tax loopholes, and find other ways to protect education funding and other programs serving vulnerable children and families. The education of a generation is at stake.

— Nicholas Johnson is senior vice president for state fiscal policy at the Center on Budget and Policy Priorities. This column was produced for the Progressive Media Project, which is run by The Progressive magazine, and distributed by Tribune News Service.