OP-ED: What earthquakes can teach us about the coronavirus pandemic

The impact of major disasters is seen in the decades or longer required to rebuild a broken economy.

OP-ED: What earthquakes can teach us about the coronavirus pandemic 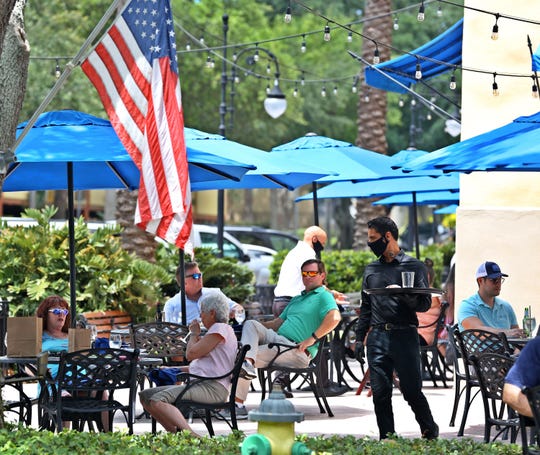 By any standard, the COVID-19 pandemic is one of the great disasters of modern times. A single house fire is calamitous for that family. A flash flood can devastate a town. The 1994 Northridge earthquake in Southern California killed dozens and damaged businesses that took years to recover.

And then there are the Big Ones, disasters so large they change the fundamentals of the societies they hit.

Think of how New Orleans is now barely half the size it was before Hurricane Katrina, or how the 1927 Mississippi floods caused hundreds of thousands of African Americans to leave the Mississippi basin for northern cities and, ultimately, to abandon the Republican Party, the party of Lincoln, that did not protect them.

The question before us now: How will human society be changed by this pandemic?

The American death toll is already many times the 6,000-12,000 lives lost in the 1900 Galveston hurricane in Texas, the largest U.S. natural disaster. It will keep growing. And unlike earthquakes or hurricanes, which strike one region, COVID-19 is stalking the whole planet. No corner of our interconnected world will be unchanged.

The impact of major disasters is seen in the decades or longer required to rebuild a broken economy. San Francisco was the premier financial center of the Far West before the 1906 earthquake reduced it to rubble. One could argue that it never regained its status as the West Coast city that mattered. The economic damage from business interruption now is likely to exceed the cost of any possible natural disaster.

History can show us what will matter most as the world passes through this crucible.

After a disaster, we go through two phases. First comes response, when we work together to save lives. It is a time of great altruism and community spirit. In big earthquakes, you are most likely to be rescued from a downed building by your neighbors. Patriotism rises, and we rally around our elected officials.

After response comes recovery, when we try to re-create the jobs, systems and the normalcy lost in the disaster. Recovery takes much longer than response, and it does not supply the same level of adrenaline. This is when less-than-charitable human emotions kick in. We start to realize how much is gone and worry about protecting and providing for our families. Our traditional comforts have vanished, and anxieties rise.

Fear is difficult to live with, and we often turn to anger, a more manageable emotion. One of the most prevalent reactions to disasters over time is blame. This may seem odd, but the need to blame, to figure out accountability, is wired into our DNA by evolution.

Human intelligence developed as we competed against predators with stronger muscles and bigger teeth. When we made the connection between waves in the grass and a predator hidden within it, we were more likely to survive and pass on our genes. Our first response to danger, then, is to find the cause-and-effect patterns that provide us paths to safety.

Identifying a pattern that blames the victims — that seems to show they brought it on themselves — gives us the greatest illusion of safety. We believe we will avoid their fate by not making the same mistakes. Blaming the government is not as reassuring in that we are still subject to the disaster, but it gives us the option of voting out officials in the hope of better protection next time. Everyone, whatever their ideology, wants government to function well in a disaster.

In the COVID-19 pandemic, the U.S. is still in the response phase, witnessing the selflessness of many, from medical personnel to grocery and delivery workers, to those of us who serve by doing nothing and staying home. The transition to recovery will be a patchwork process, as we struggle to return to social engagement with a population still widely susceptible to the virus.

Beyond that, it could take many years to recover from the economic and societal disruption. Just as pipes burst in earthquakes where they are already weak and neglected levees are the ones breached in a flood, we can predict that in a Big One human systems fail where they are already stressed. Income inequality and unequal access to health care and housing were already weaknesses in American society, and these are where the devastation will be most acute.

The path we take out of the damage can work for good or ill. When the Great Depression afflicted countries around the world, the United States turned to the New Deal while Germany and Italy turned to fascism. In the next year, if enough of us give in to the human urge to be angry, to lay blame and to see others a threat, we will face social unrest, damaged democracies and increased devastation.

But being aware of the instinctual drive to find a pattern that focuses on who is at fault can help us avoid those traps. We can manage our emotions and strive for a more evidence-based approach to making decisions in the months to come. We can choose solutions over recriminations. We can address head-on the cracks in the levees protecting society.

We can also recognize that communities are our greatest source of strength. When state government finds ways to help a business retain its staff, when we deliver groceries to an elderly neighbor, volunteer at a food bank, or give blood, we are building a network, making connections we can rely on, that will protect us, carry us forward after a Big One.

Resilience starts with an individual commitment, but only together, in communities, will we be able to create the new society we need.

— Lucy Jones, a seismologist at the California Institute of Technology, is the founder of the Dr. Lucy Jones Center for Science and Society and author of “The Big Ones.”