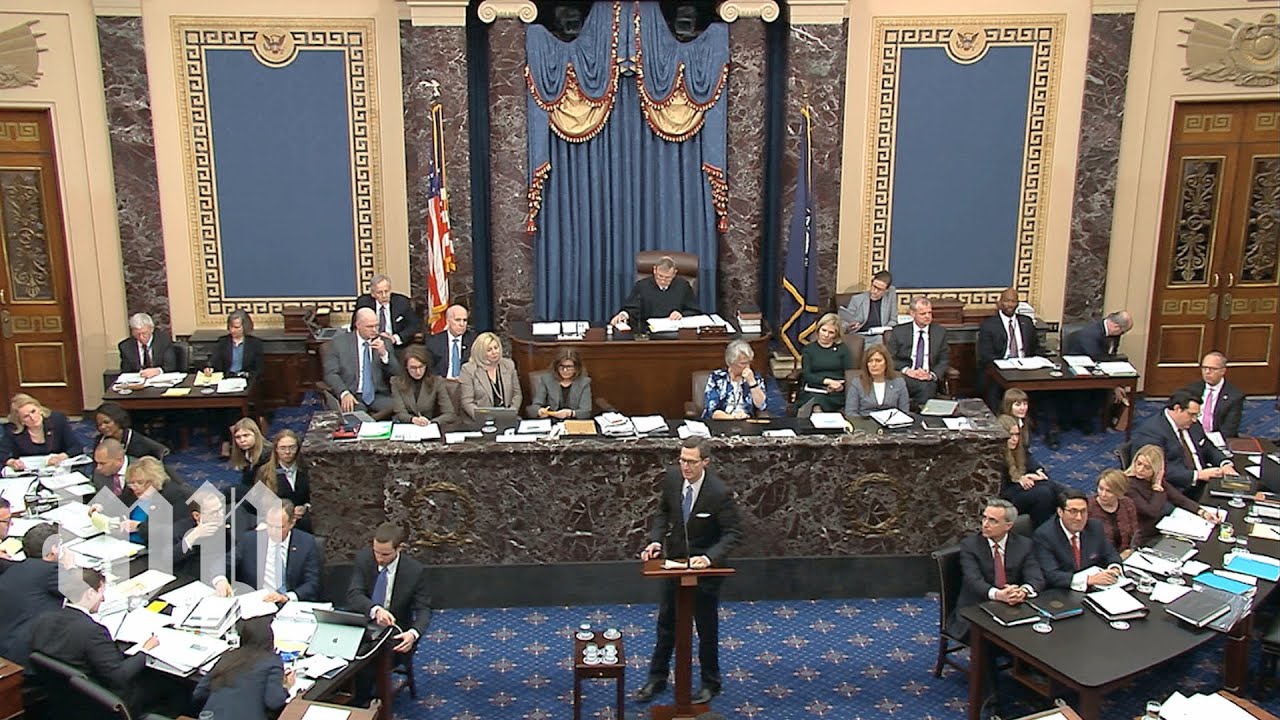 It was impossible to watch the opening of Donald Trump’s impeachment trial in the Senate last week without feeling a sense of patriotism.

Regardless of where you stand on the issue, the ceremonial ritual was impressive. The pomp and circumstance was deliberate and anticipatory, every movement perfectly choreographed and steeped in tradition.

The House impeachment managers’ march to the Senate chamber, the swearing in of the chief justice of the Supreme Court, the senators’ oath to render “impartial justice” and then signing off on a promise to abide by their vow were designed to illustrate the magnitude of the moment.

The procession route laid out in 1868 during President Andrew Johnson’s impeachment gave gravitas to what the nation was about to endure. It remains a solemn rite that demands the full attention of every American.

Perhaps until now, some of us have not thought of it that way. Perhaps we have never taken a moment away from our anger to consider the momentous act of removing a duly elected president from office. Maybe we have never really thought about why it has only happened three times in the history of our country.

More:Buckle up: What to watch as impeachment trial takes off today

Each time America has been in this place — with Johnson, Bill Clinton in 1998 and now with Trump — politics increasingly has gotten in the way of duty. Every time a president has been brought before the Senate on charges of abusing his power, it has sliced away at our unity. But never, until now, has it ripped us apart.

The Founding Fathers, in their intuitive wisdom, knew that impeachment would be divisive. But they wrote it into the Constitution anyway, because a democracy has no place for a king, a dictator or a president who believes he or she is above the law.

They knew the seductiveness of power. And in their genius, they tried their best to shield us from anyone who might try to use the presidency to promote his self-interests over those of the American people. They understood how greed, recklessness and incompetency at the helm could destroy America. So in the Constitution, they made an exception to the balance of power among the three branches of government.

In the area of impeachment, the Founding Fathers gave Congress jurisdiction over the executive branch, allowing it to remove a president with the leader of the third branch — the chief justice of the Supreme Court — as the overseer.

What the Founding Fathers could not have envisioned more than 230 years in the future was an America with Trump as president. While barbaric kings ruled by succession, they could not have foreseen that voters would choose to be led by someone so ruthless.

Of course, the founders knew there would be fights over political ideology. The greatest one — over slavery — would prompt the 13th Amendment to the Constitution nearly eight decades later. But the founders likely could not have fathomed an impeachment where truth, honor and patriotism would be so easily usurped by lies, antipathy and blind partisan loyalty.

It is not that these characteristics were entirely unexpected in power-hungry politicians. What the authors of our Constitution could not have anticipated, though, is how easily the American people would accept such aberrant behavior, much less encourage it.

The Senate majority leader set the tone before the trial began.

“I’m not an impartial juror,” Mitch McConnell told reporters last month. “This is a political process. There is not anything judicial about it. Impeachment is a political decision.”

Other Republicans echoed his words. Sen. Lindsay Graham called for an “end to this crap as quickly as possible.”

Sen. Rand Paul said, “The verdict has already been decided … I don’t think any Republicans are going to vote for impeachment.”

Despite the grandiosity of the ceremony, if we take these senators at their word, the Senate trial is a farce. The opening ritual was nothing more than an illusion. There will be no attempt to get to the truth. Impartial justice will not be on the table.

If it is left solely up to them, the hard work by our Founding Fathers to establish a sound and lasting protocol for removing a wayward president will have been in vain.