Americans now face the impacts of climate change in our everyday lives. Flooding and wildfires endanger us from Miami to Houston to Los Angeles. Rising seas will now inevitably impact our coasts, while rising temperatures threaten the habitability of cities nationwide. 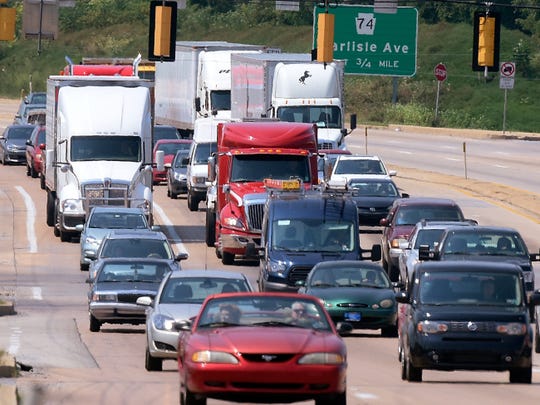 Americans now face the impacts of climate change in our everyday lives. Flooding and wildfires endanger us from Miami to Houston to Los Angeles. Rising seas will now inevitably impact our coasts, while rising temperatures threaten the habitability of cities nationwide.

This crisis is spurring both the American people and U.S. politicians to act. Across the country, young people have called “climate strikes.” Media coverage of environmental issues is on the rise. Several members of Congress and presidential candidates have called for a Green New Deal that would invest federal resources to green the economy while creating quality jobs, an idea that polls well in moderate districts.

Against this backdrop, it might seem encouraging that, over the summer, members of the U.S. Senate’s Environment and Public Works Committee unanimously advanced a bill, the America’s Transportation Infrastructure Act, that The Washington Post called “the first transportation bill to acknowledge climate change.” After all, transportation is the largest contributor to greenhouse gas emissions in the United States.

But the same bill would add $32 billion to traditional road programs that states use to expand and widen highways, encouraging us to drive more often, for longer distances. This bill doubles down on the programs that have bequeathed the United States the most carbon-intensive transportation system in the developed world. It goes against the settled science, which tells us that greening transportation will require both electric vehicles and building our cities and infrastructure in ways that make it easy to drive less often.

How could federal transportation policy actually reckon with the climate crisis? It would mean setting a clear goal that states reduce transportation emissions, with consequences for not doing so. It would recognize that highways are fossil fuel infrastructure as surely as pipelines and coal plants are, and make states justify road megaprojects instead of giving them blank checks to build.

It would also have to do more to make it possible to get around outside of private vehicles, and in doing so would fix long-standing mobility gaps. Cities like Denver and Nashville, Tenn., wouldn’t struggle to find money to install sidewalks, which are missing on 40 to 60% of their street networks. Public transit systems wouldn’t routinely stop running on the weekend and at night, and instead would provide real access for more people.

The received wisdom on Capitol Hill is that we clamor for a bipartisan agreement on infrastructure, regardless of whether that deal offers real hope for a sustainable future. That’s an old idea for an old world.

In today’s world — and despite the fact that it includes a few good programs — the ATIA looks too much like cynical politics. It treats the climate like any other interest group, not the urgent fight of our time. We have to demand more.

— Steven Higashide is an urban planner, the author of “Better Buses, Better Cities," and director of research at TransitCenter. This column was produced for the Progressive Media Project, which is run by The Progressive magazine, and distributed by Tribune News Service.