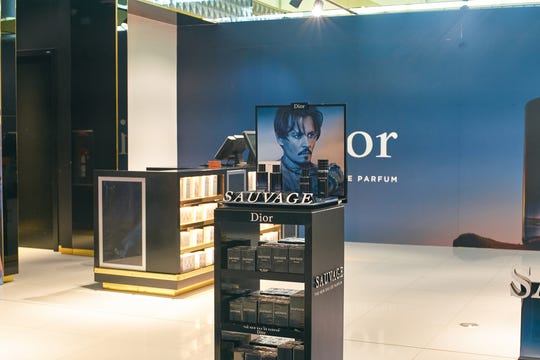 The company featured a video in its Twitter feed of an American Indian dancing in full regalia in the desert. A narrator can be heard saying, “An authentic journey deep into the Native American soul in a sacred, founding and secular territory.”

After a swift, negative reaction on social media, Dior pulled the ads.

But it was not so much the imagery or even verbal content that elicited anger from native peoples. It was the name of the perfume: Sauvage, or, as it is pronounced by Americans, Savage.

Other than the term redskin, there is really no other word that offends native people as deeply as “savage.”

As Hanay Geiogamah, a Kiowa playwright, film producer and theater professor at UCLA, told The Washington Post, this was one of the first slurs used against American Indians.

More: OP-ED: Continuing to help those with the disease of addiction

The Declaration of Independence, penned in 1776, accuses the king of England of creating domestic insurrections among the colonists by engaging “merciless Indian Savages whose known Rule of Warfare, is an undistinguished Destruction of all Ages, Sexes and Conditions.”

This is not the first time Dior has offended American Indians and other groups. In 1998, head Dior fashion designer John Galliano unveiled a clothing collection using Pocahontas as his theme. (Donald Trump was probably first in line to take in the show). Then, in 2012, Galliano was fired by Dior for making anti-Semitic and racist remarks.

I appreciate the company’s quick decision to pull the ad, but in a strange twist, I also understand the dilemma faced by American Indians attempting to pursue a career in television, movies and now social media. Indian actors are offered so few authentic roles in the business that they are forced to take stereotypical ones. I know some hard-working native performers who would not hesitate to don a braid of horsehair or squeeze into a felt buckskin bikini.

And it’s tough to be critical if one of our American Indian elders gets recruited for such entertainment endeavors. Hanley Frost, a cultural education coordinator of the Southern Ute Tribe in Colorado, was paid a paltry $1,000 to drive three hours to teach the Dior production crew about his people and to bless the land where the filming took place.

But sadly, there is often little support from those who could raise their voice for struggling Indian performers.

The advocacy organization Americans for Indian Opportunity was hired as a consultant to the Dior ad. Laura Harris, executive director of the group, said in a statement that the organization was proud to have worked with the company and that the organization’s goals are to work towards “the inclusion of paid native staff, artists, actors, writers etc., to educate the production teams on Native American contemporary realities and to create allies for indigenous peoples.”

Working to get more American Indians involved in all aspects of media is an admirable goal. But Americans for Indian Opportunity and Indian performers ought to devote more time demanding an end to racist roles and stereotyping, and call for parts that accurately portray Indian people instead of participating in projects that continue to degrade us.

— Mark Anthony Rolo is a member of the Bad River Band of Ojibwe in northern Wisconsin. This column was produced for the Progressive Media Project, which is run by The Progressive magazine and distributed by Tribune News Service.