Americans are once again interested in debating economic systems. The 2016 presidential candidacy of Bernie Sanders, a self-described socialist, reignited a debate about capitalism and socialism that some believed had died with the Soviet Union. Younger Americans are now divided on which system they 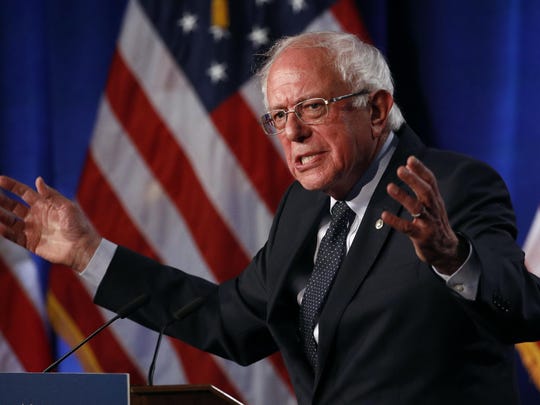 Americans are once again interested in debating economic systems. The 2016 presidential candidacy of Bernie Sanders, a self-described socialist, reignited a debate about capitalism and socialism that some believed had died with the Soviet Union. Younger Americans are now divided on which system they like best:

Unfortunately, the debate over what these terms actually mean has become hopelessly muddled. Without a Soviet bloc to provide an official alternative to capitalism, people cast about for examples that fit their desired narrative. Self-appointed defenders of capitalism will point to the economic failures of the USSR, China and North Korea, or to the more recent economic disaster in Venezuela as proof positive of socialism's defects

Socialism’s champions tend to rebut these charges by pointing to the successes of the Scandinavian countries. Sanders himself regularly praises Denmark, and occasionally Sweden, as examples of what he would like to achieve in the U.S., while others prefer Norway. But American socialists have, on occasion, received pushback from residents of those countries — in 2015, Danish Prime Minister Lars Rasmussen stated bluntly that Denmark was a market economy rather than a socialist one.

More: OP-ED: Democrats have a ‘socialist’ albatross around their necks

So is Sanders right, or is Rasmussen? Are the Scandinavian countries socialist or capitalist? The truth, unfortunately, is much more nuanced and complex. There will never be a clear, simple definition of socialism or capitalism, because there are multiple ways that a government can try to intervene in markets.

Markets aren’t perfect. They generate unequal outcomes, and often unfair ones, and they are subject to numerous inefficiencies. Governments can try to remedy these problems in a number of ways. They can provide services directly, as with the U.K.’s National Health Service. They can own businesses, as China does with state-owned enterprises. They can write regulations to restrain or promote various forms of market activity. They can sanction and empower various institutions like unions that counter the power of business. And they can use taxes and spending to redistribute income and wealth.

But governments don’t have to do all of these things at once. In Scandinavia, for example, there are a lot of government-provided services, a lot of redistribution and strong unions, but a relatively light regulatory touch otherwise. In a recent report, J.P. Morgan Asset Management researcher Michael Cembalest breaks down the Nordic model using various indicators from the World Bank and the Organization for Economic Co-operation and Development. As he notes, the Nordic countries (in which he includes the Netherlands) generally have fewer capital controls and trade barriers than the U.S. They also score quite highly on indexes of property rights and business freedom:

These indicators are compiled by the Heritage Foundation, a conservative think tank that might have reason to want to give high rankings to rich countries in order to make business freedom look more attractive. But rankings from the OECD confirm the general picture of Scandinavia as a lightly regulated place. Interestingly, the indicators also show higher direct state control of industry in the U.S.:

Labor markets are a different matter, however; Scandinavian countries generally make it harder to fire workers than the U.S. does. Unions and collective bargaining are also stronger. Interestingly, though, Cembalest finds that labor in Nordic countries claims a slightly smaller share of national income than in the U.S., suggesting that the impact of pro-business policies in those countries might outweigh the impact of labor protections when measured in purely monetary terms.

The Scandinavian countries, of course, have much higher taxes and spend more on social services:

Whether these various policy differences are large enough to constitute different systems is open to debate. Some economists consider them all merely different varieties of capitalism. The picture is complicated by the fact that countries change their policies over time. For example, in the 1970s, Sweden had a very large amount of redistribution, but since the late 1990s its fiscal system has become much less progressive.

American socialists like Bernie Sanders may be pining for a much more interventionist Scandinavian model like that of the mid-20th century that has since changed dramatically.

The spirited online debates about socialism and capitalism are, therefore, mostly useless. They ignore and obscure the multiple dimensions of policy, as well as changes over time, and thus make it harder rather than easier to think about concrete ways to fix the problems in the U.S. system. It would be helpful to have a new consensus terminology to describe the economic systems that various industrialized countries — the U.S., France, Japan, China, and the countries of Scandinavia — have developed over the last three decades. But one thing is for certain — the dichotomy of social versus capitalism, inherited from the ideological battles of the past two centuries, is badly out of date.

— Noah Smith is a Bloomberg Opinion columnist. He was an assistant professor of finance at Stony Brook University, and he blogs at Noahpinion.