There is one sense in which Donald Trump truly is the greatest American president. Given his ignorant determination to move us backward rather than forward on the issue of climate change, he is a greater threat

There is one sense in which Donald Trump truly is the greatest American president. Given his ignorant determination to move us backward rather than forward on the issue of climate change, he is a greater threat than any other U.S. president has been to the children of tomorrow.

That threat was apparent last Saturday when the leaders of the Group of 20 nations renewed their commitment to the Paris climate accord while Trump stood alone against the rest of the world and overwhelming scientific consensus.

The president’s stance would be easier to support if he were a climate scientist, or a person who reads reports written by climate scientists for the general public, or at least the executive summaries of those reports or fair and balanced articles written about them. But President Trump famously does not read, and that nowhere poses a greater threat to future generations than on the topic of climate change.

In “Fire and Fury,” Michael Wolff quotes Trump’s former economic adviser Gary Cohn writing in an email, “It’s worse than you can imagine … Trump won’t read anything – not one-page memos, not the brief policy papers, nothing.” The result is ignorance born of arrogance.

If you gave Trump a blank memo pad and asked him to write everything he knows about climate change, how much do you think he could write that is true? I doubt that he could produce as much as a single coherent paragraph, and yet he decided that he is right while the overwhelming majority of world leaders and climate scientists are wrong on climate change.

NASA provides a partial list of scientific bodies supporting the scientific consensus, and includes the following statement of that consensus from the Intergovernmental Panel on Climate Change: “Warming of the climate system is unequivocal, and since the 1950s, many of the observed changes are unprecedented over decades to millennia. The atmosphere and ocean have warmed, the amounts of snow and ice have diminished, and sea level has risen.” 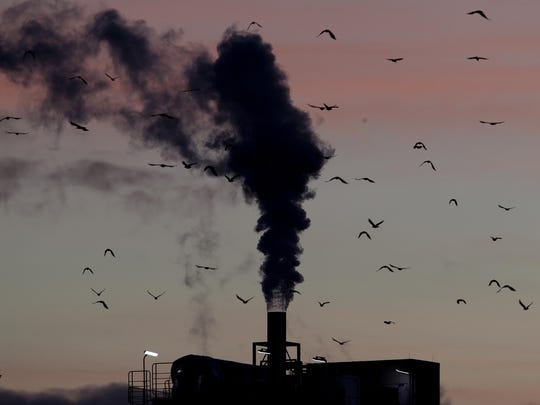 Under those dire circumstances the responsible approach would be following the “precautionary principle” embraced by the European Union and described in the 1992 Rio Declaration as follows: “Where there are threats of serious or irreversible damage, lack of full scientific certainty shall not be used as a reason for postponing cost-effective measures to prevent environmental degradation.”

We owe it to future generations to embrace that principle, though Trump apparently views caring about them as optional for a world leader. In his June 4 “Good Morning Britain” interview with Piers Morgan, he stated that Prince Charles, a fierce advocate for climate action, “doesn’t have to worry about future generations in theory unless he’s a very good person who cares about people.”

But one wouldn’t have to be a “very good person” to care about future generations – just a decent person with a basic sense of responsibility for the impact of his or her actions on others.

Ray Anderson, the founder of Interface, transformed his commercial carpet company into a sustainable enterprise and was often referred to as “America’s Greenest CEO.”

In his TED Talk, “The business logic of sustainability,” Anderson shared an original poem, “Tomorrow’s Child,” written by one of his employees, Glenn Thomas, after a talk that Anderson had given on the importance of caring for the environment:

Without a name; an unseen face

and knowing not your time nor place

Tomorrow’s Child, though yet unborn,

A wise friend introduced us two,

and through his sobering point of view

I saw a day that you would see;

a day for you, but not for me

Knowing you has changed my thinking,

for I never had an inkling

That perhaps the things I do

To think of you and of your good,

Though always having known I should.

Begin I will to weigh the cost

of what I squander; what is lost

If ever I forget that you

will someday come to live here too.

Anderson said that “Tomorrow’s Child” spoke to him every remaining day of his life with the following simple message: “We are, each and every one, a part of the web of life. … And we have a choice to make during our brief, brief visit to this beautiful blue and green living planet: to hurt it or to help it.”

We do not yet know tomorrow’s children, but we know that when they are born they will be just like the infants we have held lovingly in our arms and just as deserving of the same tender care. For their sake let us choose to help rather than continue to harm our imperiled planet.

— Joseph Holt is an ethics professor who teaches a class in sustainability at the University of Notre Dame’s Mendoza College of Business and a former Jesuit priest. He wrote this for the Chicago Tribune.