It’s both necessary and healthy for the 116th Congress to have a full debate on defense funding. Unfortunately, it’s a near certainty that some members of Congress will muddle that debate by trotting out the fo 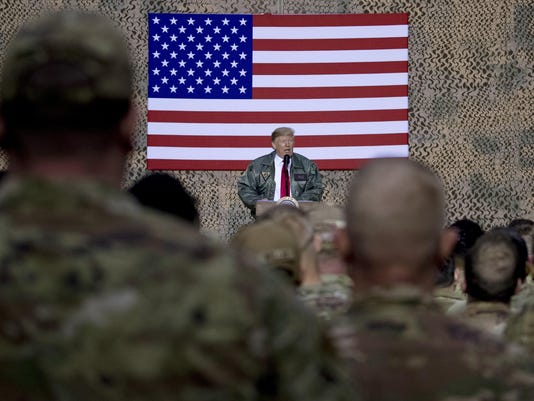 It’s both necessary and healthy for the 116th Congress to have a full debate on defense funding. Unfortunately, it’s a near certainty that some members of Congress will muddle that debate by trotting out the following timeworn arguments in an attempt to slash to Pentagon’s budget. Let’s hope our leaders see these assertions for what they truly are: myths.

Myth 1: The U.S. spends more on defense than the next seven countries combined.

Sure, it’s an irrelevant argument. After all, what a nation spends on defense should be driven by its unique geopolitical challenges, not by someone else’s budget.

And this irrelevant argument is also inaccurate. When adjusted for purchasing power parity (an internationally recognized measure of what different countries’ currencies can buy of a defined “basket of goods”), U.S. defense spending only just exceeds what China and Russia spend on their militaries. And China’s defense spending increases every year, at a rate much greater than America’s.

Myth 2: We’re spending more on defense than at any time in our history.

In fact, the share of the federal budget devoted to defense (14.8 percent) stands at an historic low. As recently as 1974, that number was 30 percent.

Some will counter with a claim that defense funding actually accounts for 52 percent of the budget. But that number considers only the so-called discretionary part of the federal budget. (Oddly enough, Washington labels entitlement programs as “mandatory,” yet considers spending to fulfill the constitutional requirement of providing for the common defense to be “discretionary.”)

More: OPED: Prepare for slower growth and greater risks in 2019

Year after year, mandatory spending rises inexorably, putting the squeeze on defense and other “discretionary” programs. The Congressional Budget Office predicts that absent entitlement reform, mandatory spending will consume all tax revenues by 2039, with nothing left over for defense or anything else.

Myth 3: The Pentagon wouldn’t need any more money if it just cut out all the waste.

This canard is usually accompanied by tales of $1,200 coffee cups or $500 toilet seats. Can the Pentagon become more efficient? Yes!

In fact, it’s been doing just that for years. The military has revamped its retirement system, centralized delivery of medical care, and downsized its headquarters – all in the name of efficiency.

More is certainly possible and to be expected. But even the most optimistic estimate of potential savings to be had falls far, far short of what’s needed to rebuild our military, restore readiness to acceptable levels, and modernize to meet the threats of the foreseeable future.

Myth 4: With all the technological advances at our disposal, we no longer need as big a military.

This was the line of thought behind Barack Obama’s 2012 debating point that we need not worry that our Navy is the smallest since 1917 because nuclear-powered aircraft carriers are far superior to the battleships of old.

But this argument ignores the fact that the U.S. is not the only power to have modernized its equipment. All our adversaries have too. The U.S. has not gained an overall material advantage.

Moreover, this argument fails to recognize that, when it comes to force and deterrence, a physical presence — a soldier on a street corner, or a destroyer in a key region — has its own intrinsic value.

Advanced systems are great, but even the most advanced carrier cannot be in two parts of the world at the same time. In short, numbers matter.

Myth 5: Defense spending is a drain on the economy.

Some critics argue that defense spending does not contribute to the U.S. economy. Not true.

Washington’s investment in national defense pays off handsomely for all Americans.

The worst thing about these five myths is that they are potentially deadly. If they lead Congress to under-fund the U.S. military, it could result in unnecessarily high combat fatalities — even defeat — in future conflicts.

Hopefully, the 2019 debate over U.S. defense spending put these myths to rest and focuses instead on determining America’s role in the world and the resources needed to protect our global interests.

— A retired Army lieutenant general, Thomas Spoehr is the director of The Heritage Foundation’s Center for National Defense.