OPED: The honor of being an ally for undocumented immigrants

In December, I went to the Capitol in Washington to participate in what may have been the largest rally of immigrants and their supporters in American history.

OPED: The honor of being an ally for undocumented immigrants

Indivisible York members reword some holiday classics to make a point during a rally outside Congressman Scott Perry's York office. 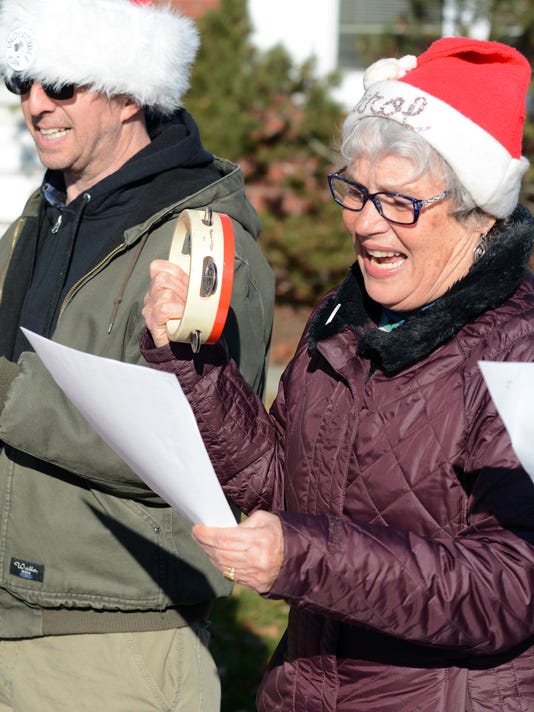 In December, I went to the Capitol in Washington to participate in what may have been the largest rally of immigrants and their supporters in American history. Along with other allies and advocates, I put my freedom on the line to protect the Dreamers and those with Temporary Protective Status (TPS recipients). It was an honor to join people of various backgrounds, including a Congressman, to defend the historical and sacred diversity of this nation.

More: Children of the Dream: Yorkers rally in D.C. for DREAM Act

How did I arrive at this point? For 30 years I have taught English as a Second Language as a volunteer tutor to immigrants. Engineers, medical professionals, food workers, mechanics — people from all walks of life — have been my students. Some are here with documents, others are not.

Recently, I have taught English to immigrant detainees at the York County Prison. These people are no different from the ancestors of nearly all of us, except that there were no anti-immigration laws when our ancestors came from Europe.  Had my ancestors come today, they would have to come without documents too.

Peoples’ stories vary but are inevitably heart wrenching. One does not leave one’s homeland and family, at great risk and expense, without good reason. Among my students are the following:

None of these people have been given asylum or legal status despite numerous attempts by legal services; some have already been deported and others continue to live in constant fear that the will be deported. This is justice?

Attacks on immigrants have been relentless under Donald Trump.  His administration has pandered to the darker side of all of us — fear of those who are different, and especially people of color.  Recently the President demonstrated this when he said that we should be welcoming people from Norway as immigrants but not those from  “s---hole countries in Africa and Haiti.”  The xenophobic immigration policies that separate families weaken, not strengthen, our country.

What is Rep. Perry’s opinion?  As usually happens, he sides with Trump. He backs a wall that is estimated to cost $15 - $20 billion and wants 10,000 more border patrol agents despite knowing the following:

What we need are leaders,not like President Donald Trump and Rep. Scott Perry, but more like Gov. Tom Wolf and Sen.Casey, those who represent compassion and wisdom, working to unite and honor the sacred diversity of this nation.