Members should read some Voltaire or Rousseau prior to siting down on Tuesday and ratifying a new mail policy that avoids stomping all over the country's foundational precepts. 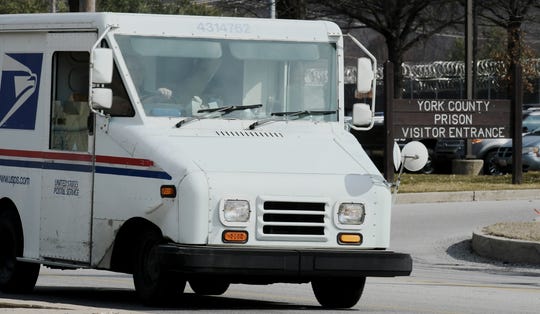 Inmates have rights, too.

On Tuesday, members of York County Prison Board would be wise to remember that fact.

That's when the board is set to vote on a proposed deal with the American Civil Liberties Union of Pennsylvania, which has threatened to file a lawsuit due to obvious violations of inmates' constitutional and legal rights at York County's jail.

It's downright shameful that York County was, apparently, the only local government in the state to this past year follow Pennsylvania Department of Corrections' lead and institute policy that resulted in staff opening and copying communications between inmates and their legal counsel.

It's as if county officials had never once heard of the legal maxim called attorney-client privilege.

More: State Dept. of Corrections must foot the bill for legal oversight of mail program

Of even greater concern, York County's elected and appointed officials who concocted this scheme seem none too concerned that, by all accounts, they have unabashedly flouted any number of constitutional protections, which, whether they like it, apply to all U.S. citizens.

Perhaps Prison Board members haven't heard about the Fourth Amendment's ban on illegal search and seizure. Conceivably, jail officials aren't schooled in the Eighth Amendment's protections against excessive punishment. Just maybe the 14th Amendment's Equal Protection Clause is, to them, a mystery. Possibly, they're not versed in the historic reasons why the U.S Constitution includes so many protections for the accused and convicted.

In that event, members should read some Voltaire or Rousseau prior to siting down on Tuesday and ratifying a new mail policy that avoids stomping all of the country's foundational precepts.

State officials earlier this year had a moment of clarity when they settled with the ACLU and instituted costly third-party oversight of its legal mail program that exists solely because DOC itself can't be trusted.

But it's far from a guarantee that the Prison Board this week does the right thing by its inmates and taxpayers alike and OKs a deal that would avoid pricey litigation. That's especially true if one judges by the reaction of county officials when asked about the pending agreement.

Prison Board Solicitor Donald Reihart, citing security concerns, this past week refused to discuss the proposed agreement in any detail. He groused when asked about ACLU's assertion that the pact would bar the county from making copies of legal mail.

Reihart's refusal to discuss the deal persisted even after he was reminded that the state's new legal mail plan was available to the public.

And the county's lack of transparency isn't confined to Reihart. Earlier this year, county spokesman Mark Walters flat-out refused to release the county's mail process when asked for it.

These denials are just the latest examples of a government that's forgotten for whom they work, an especially regular occurrence at York County.

But the abuses of inmates' rights at York County Prison are especially troubling. The inmate population is disproportionately poor. It's a group that regularly enjoys little or no sympathy from a society that too often prefers retribution over justice.

Regardless, York County's legal mail process is a clear and heinous violation of fundamental legal canon. And it was constructed by the very people empowered to apply the law justly and legally.

In recent months, York County has failed to achieve its basic mandate. On Tuesday, its Prison Board must vote to change that.