The last thing Pennsylvania’s abuse victims need is yet another hurdle on the path to protection. 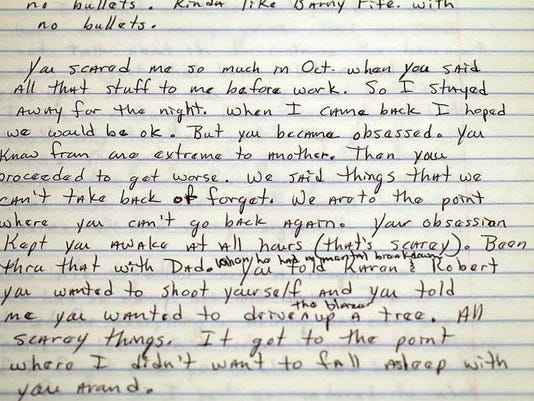 Laurie Kuykendall Kepner wrote letters to her estranged husband, Martin Kepner, after she moved out, trying to reason with him and explain why she feared him. He murdered her and her friend Barb Schrum, then committed suicide, on May 29.(Photo: )

There are a lot of things wrong with Protection from Abuse orders in Pennsylvania: They’re too hard to obtain, they’re too difficult to enforce, and they too often encourage rather than dissuade violent responses from accused abusers.

More: Murder victim had PFA against ex, who assaulted her at water park

So the last thing Pennsylvania’s abuse victims need is yet another hurdle on the path to protection.

But that’s just what a state representative is suggesting.

Lackawanna County Democrat Kevin Haggerty has proposed that Pennsylvania domestic abuse survivors undergo drug tests to be eligible for any state assistance, including PFAs. According to a memo he circulated among statehouse colleagues, he sees drug and alcohol testing as a way to reduce instances of false accusations, which he believes occur frequently.

Talk about blaming the victim!

The Coalition Against Domestic Violence was quick to point out one of the plan’s many shortcomings. “The memo suggests that if there’s drug or alcohol use that somehow negates the reality of abuse, and that’s just not the case,” the Coalition’s Julie Bancroft told radio station WSKG.

The bill hasn’t yet been formally introduced, as Haggerty is still seeking co-sponsors. Happily, fellow lawmakers are not exactly lining up to sign on.

If anything, Pennsylvania’s elected officials should be working to strengthen the state’s temporary protection orders, not complicate them.

For instance, a measure that would require police in Pennsylvania to be trained in and use a domestic-violence Lethality Assessment Program continues to languish in the House.

More: Lethality assessment program to be reconsidered by Legislature

Known as Laurie's and Barbara's Law — in memory of York County residents Laurie Kuykendall and Barb Schrum, who were killed three years ago by Kuykendall's estranged husband — the bill would train officers to determine the threat posed by a partner or spouse and provide immediate counseling or other intervention. A similar law is credited with reducing domestic-violence homicides by 25 percent in neighboring Maryland. 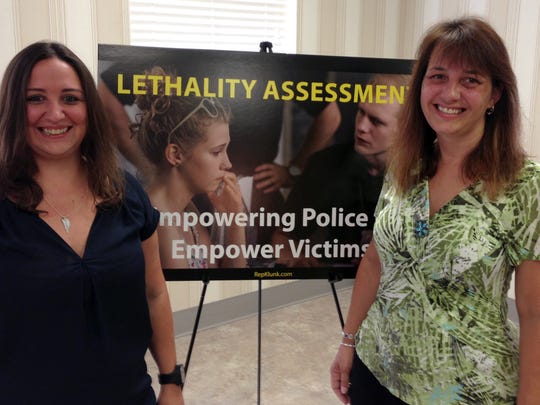 But no; Haggerty would instead put an even greater onus on the victims.

It bears noting that Haggerty himself was once the subject of a PFA, reports the website Jezebel. His now-ex-wife was granted temporary protection from him last year after an alleged altercation, although she eventually declined to press charges.

Haggerty, who is not seeking reelection, disavows any connection between that incident and his proposed bill.

In reality, the origins of the measure are moot. Regardless of what motivated the proposal, it is a bad one.

Abuse victims in Pennsylvania — everywhere — need stronger, more effective protections against violence and threats at the hands of partners and spouses.

If anyone is to be drug-tested, perhaps it should be those who would propose or support a bill that does just the opposite.