Exelon has been targeting the media, elected officials, and the public with doomsday predictions regarding the closure of Three Mile Island. 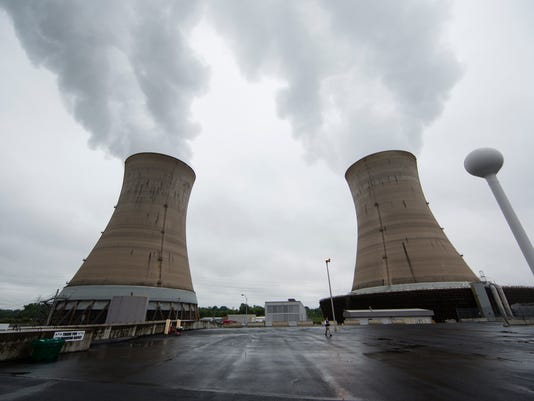 A Monday, May 22, 2017, file photo shows cooling towers at the Three Mile Island nuclear power plant in Middletown, Pennsylvania. Exelon Corp., the owner of Three Mile Island, site of the United States' worst commercial nuclear power accident, said Monday, May 29, 2017, it will shut down the plant in 2019 unless it receives a financial rescue from Pennsylvania. (AP Photo/Matt Rourke, File)(Photo: Matt Rourke, AP)

Exelon has been targeting the media, elected officials and the public with doomsday predictions regarding the closure of Three Mile Island Unit-1.

Their numbers are misleading, don’t add up and fail to account for the $ 1.1 billion rate-payers were charged to build Three Mile Island, the $987 million rate-payers and taxpayers were billed to defuel TMI-2 and the $5.26 billion in stranded costs Exelon collected from rate-payers to bailout their nuclear fleet as a result of deregulation.

— Eric Epstein is chairman of TMI-Alert, Inc., a "safe-energy organization" based in Harrisburg, Pa. and founded in 1977. It monitors Peach Bottom, Susquehanna, and Three Mile Island nuclear generating stations. Online at www.tmia.com.