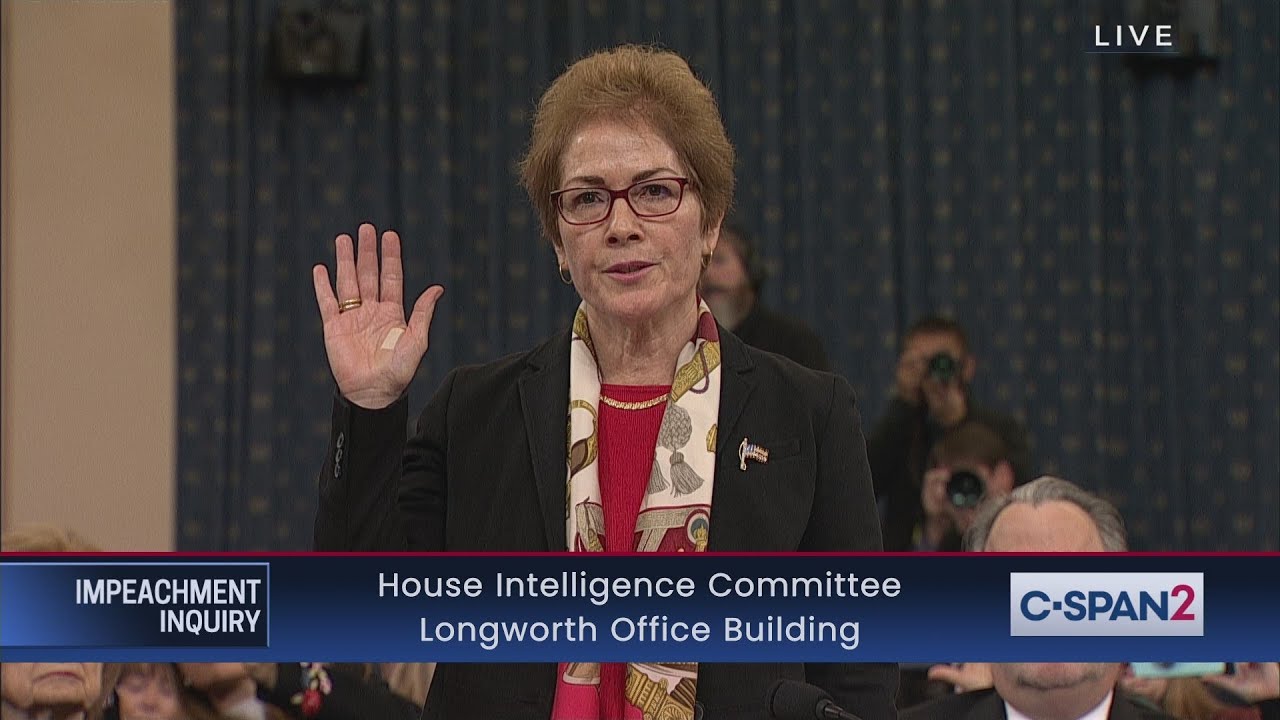 WASHINGTON – President Donald Trump suggested Friday that a U.S. diplomat was responsible for Somalia’s descent into chaos decades ago, a tweet that Democrats branded witness intimidation.

Trump’s attack on Marie Yovanovitch came as she testified to the House Intelligence Committee about her service as U.S. ambassador to Ukraine and her dismissal by Trump.

Yovanovitch served as a low-level diplomat in Somalia in her first foreign tour after joining the foreign service in her 20s. She had nothing to do with the 1984 famine that preceded her arrival in Somalia and contributed to that country’s unraveling, nor anything to do with the government’s collapse and the onset of anarchy after she left.

And while she served in Somalia, she had decidedly limited influence in a junior post.

TRUMP: “Everywhere Marie Yovanovitch went turned bad. She started off in Somalia, how did that go?”

THE FACTS: There’s no credence to the notion that countries “turned bad” when Yovanovitch went to them.

“I don’t think I have such powers, not in Mogadishu and Somalia and not in other places,” she said when asked about Trump’s tweet.

Of the seven countries where Yovanovitch served U.S. interests, five were designated hardship posts. In that sense, they were “bad” to begin with.

Mogadishu, Somalia, was her first tour after she joined the foreign service in 1986. She was a general-services officer with little clout, before she moved to other countries in increasingly senior positions.

The Somali civil war began in earnest in 1988, leading to a collapse in law and order by 1990, the overthrow of the government in 1991 and eventually to the ill-starred, U.S.-led United Nations peacekeeping intervention in 1992.

By then, she had moved on. After several years in Somalia, she went to Uzbekistan to help open the post-Soviet-era U.S. Embassy in Tashkent.

After a series of promotions from both Republican and Democratic administrations, Yovanovitch worked from 2001 to 2004 as the U.S. deputy chief of mission in Ukraine before being named ambassador to Kyrgyzstan, then to Armenia.

She took over in Kyrgyzstan during a turbulent time in the Central Asian country. In what became known as the Tulip Revolution, protesters drove out a president they accused of corruption and he fled to Russia.

The new president, under pressure from Russia, threatened to expel the U.S. from a military air base that was being used to support the war in Afghanistan. But the U.S. reached an agreement with Kyrgyzstan during her ambassadorship that allowed U.S. troops to stay.

Yovanovitch arrived in Armenia in the fall of 2008, several months after the government had violently cracked down on protests that followed a contentious presidential election. Her efforts to push for the fair treatment of jailed protesters led her colleagues to choose her for a State Department award given to an ambassador who shows extraordinary commitment to defending human rights.

She returned to Ukraine after President Barack Obama nominated her to be U.S. ambassador in 2016.