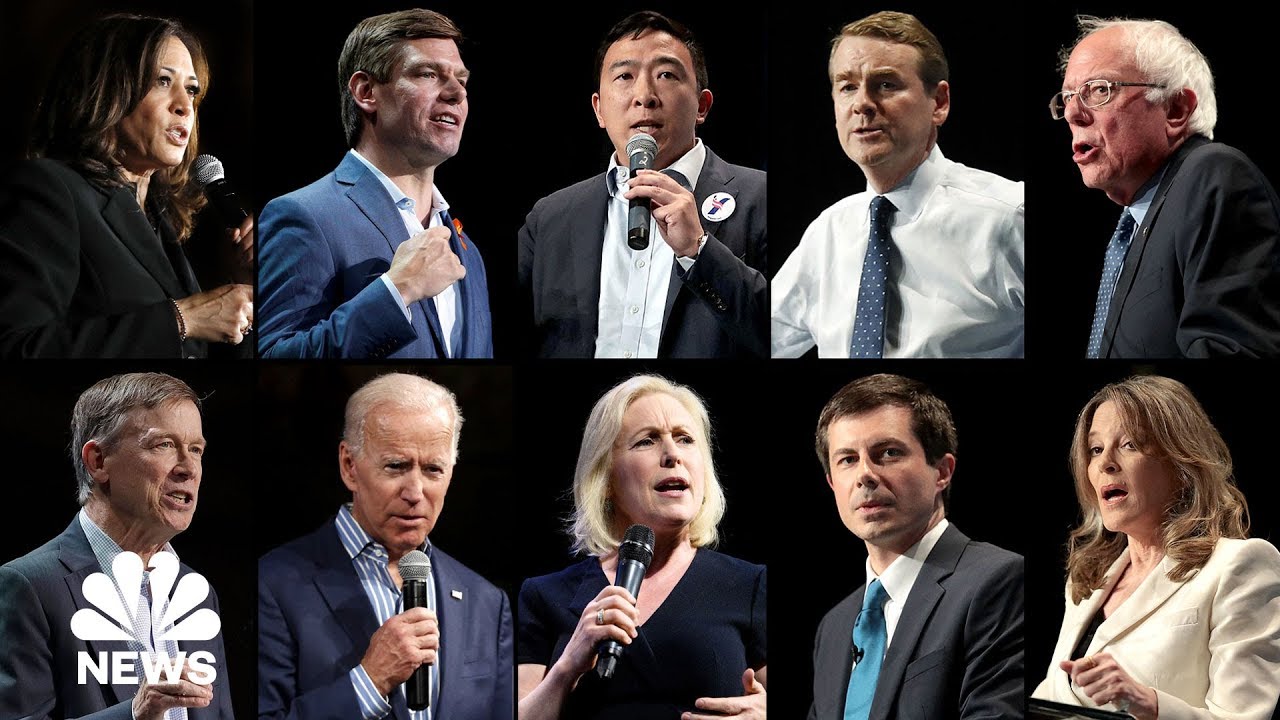 WASHINGTON – Ten Democrats seeking the presidency sparred on a Miami stage Thursday in the second night of the opening round of 2020 campaign debates.

Here’s a look at some of their statements and how they compare with the facts.

JOE BIDEN: “He (President Barack Obama) is the first man to bring together the entire world – 196 nations – to commit to deal with climate change.”

THE FACTS: Not really. The former vice president minimizes a major climate deal from 22 years ago. In 1997, nations across the world met in Japan and hammered out the Kyoto Protocol to limit climate change in a treaty that involved more than 190 countries at different points in time. And that treaty itself stemmed from the 1992 United Nations Framework Convention on Climate Change. Biden is referring to an agreement that came out of a 2015 meeting in Paris that was the 21st climate change convention meeting.

More:Takeaways from the Democratic presidential debate

However, the Kyoto Protocol only required specific greenhouse gas emission cuts of developed nations, far less than half the countries in the world. The Paris agreement, where several world leaders pushed hard including France’s president, has every country agreeing to do something. But each country proposed their own goals.

KAMALA HARRIS, senator from California: “Vice President Biden, do you agree today that you were wrong to oppose busing in America, then?”

BIDEN: “I did not oppose busing in America. What I opposed is busing ordered by the Department of Education. That’s what I opposed.”

Biden is claiming that he only opposed the U.S. Education Department’s push for busing to desegregate schools because he didn’t want federal mandates forced on local school boards. But in the early and mid-1970s, those were the fault lines in almost every U.S. community, from New Orleans to Boston, where there was stiff opposition to busing. If you were a politician opposing federally enforced busing, you were enabling any local school board or city government that was fighting against it.

As a senator in the late 1970s, Biden supported several measures, including one signed by President Jimmy Carter, that restricted the federal government’s role in forced busing.

BIDEN, on President Donald Trump’s treatment of migrant children at the border: “The idea that he’s in court with his Justice Department saying, children in cages do not need a bed, do not need a blanket, do not need a toothbrush – that is outrageous.”

THE FACTS: Biden here taps into a misleading and common insinuation by Democrats about Trump placing “children in cages.”

The cages are actually chain-link fences and the Obama-Biden administration used them, too.

Children and adults are held behind them, inside holding Border Patrol facilities, under the Trump administration as well.

Obama’s administration detained large numbers of unaccompanied children inside chain link fences in 2014. Images that circulated online of children in cages during the height of Trump’s family separations controversy were actually from 2014 when Obama was in office.

Children are placed in such areas by age and sex for safety reasons and are supposed to be held for no longer than 72 hours by the Border Patrol. But as the number of migrants continues to grow under the Trump administration, the system is clogged at every end, so Health and Human Services, which manages the care of children in custody, can’t come get the children in time. Officials say they are increasingly holding children for 5 days or longer.

Health and Human Services facilities are better equipped to manage the care of children, but, facing budget concerns, officials cut activities like soccer, and English classes and legal aid for children in their care.

BERNIE SANDERS: “83 percent of your tax benefits go to the top 1 percent.”

THE FACTS: That statistic is not close to true now. The Vermont senator is referring to 2027, not the present day. He didn’t include that critical context in his statement.

His figures come from an analysis by the Tax Policy Center . That analysis found that in 2027 the top 1% of earners would get 83% of the savings from the tax overhaul signed into law by President Donald Trump. Why is that? Simple: Most of the tax cuts for individuals are set to expire after 2025, so the benefits for everyone else simply go away. The 2017 tax overhaul does disproportionately favor the wealthy and corporations, but just 20.5% of the benefits went to the top 1% last year.

SANDERS: Under Medicare for All, “the vast majority of the people in this country will be paying significantly less for health care than they are now.”

THE FACTS: Probably true, but that’s only part of the equation for a family. Sanders’ plan for a government-run health care system to replace private insurance calls for no premiums, and no copays and deductibles. But taxes would have to go up significantly as the government takes on trillions of dollars in health care costs now covered by employers and individuals. Independent studies estimate the government would be spending an additional $28 trillion to $36 trillion over 10 years, although Medicare for All supporters say that’s overstating it.

How those tax increases would be divvied up remains to be seen, as Sanders has not released a blueprint for how to finance his plan.