Springfield Twp. board 'blindsided' by referendum

The Springfield Township board of supervisors was "blindsided" by a referendum that township residents will see on the ballot during next month's election, according to the board president.

Springfield Twp. board 'blindsided' by referendum 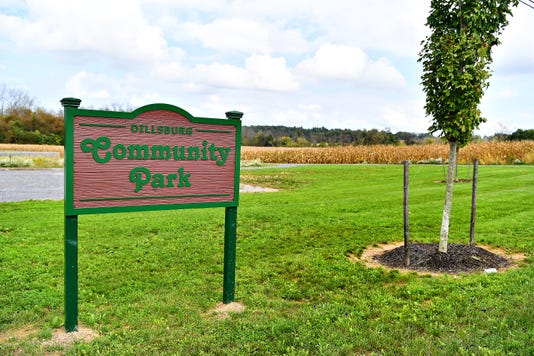 The Springfield Township Board of Supervisors was "blindsided" by a referendum that township residents will see on the ballot during next month's election, according to the board president.

Voters in Springfield will be asked Tuesday, Nov. 6, if they want to increase the size of the township's board of supervisors to five seats. There are currently three supervisors who serve the population of 5,152.

Lori Starz, who serves on the township’s planning commission, confirmed she circulated the petition for the referendum.

“We have had growth,” she said, and topics such as pay raises and health benefits require a more meaningful dialogue before a vote, which is currently not happening, she said.

“I respect the work that they’ve done,” Starz said of the current supervisors. “But maybe we could have more accountability.”

Ron Tombesi, president of the Loganville Borough Council, doesn't live in the township, but he said he helped collect signatures for the referendum petition.

“I do own land in Springfield Township,” he said. “I own a farm there. I have an interest in what they do.”

Tombesi said he also would like more debate during supervisors' meetings.

“Springfield Township only has three township supervisors,” he said. “If one is not there, then there are only two who vote. There’s no room for debate; they only do what they want. As far as keeping the electorate apprised of what they are doing, they don’t explain why they vote the way they do.”

Tom Wolfe, the chairman of the township's board of supervisors, disagreed with Starz and Tombesi and said the current board felt “blindsided” when members learned of the referendum Tuesday, Oct 9.

If the referendum is approved, candidates would run for the two new seats in 2019.

Two more questions: The Springfield Township question is one of three referendums some York County residents will see on their ballots next month.

A referendum question also will be posed to voters in Carroll Township and Dillsburg, according to the York County Board of Elections.

Carroll Township and Dillsburg voters will be asked if they want to allow the borough to annex 5 acres of township land, which would be used to expand Dillsburg Community Park, borough manager Karen Diebler explained.

“We can put in a community and office building,” she said. “The borough already owns the property, it’s just that it’s in Carroll Township. We would like to make (the 5 acres) all the borough’s, so we can expand our park.”