York County District Attorney-elect Dave Sunday will look into Michael Helfrich’s legal eligibility to serve as York City mayor after the two men take office at the start of 2018, according to the state Attorney General’s office.

York County District Attorney-elect Dave Sunday will look into Michael Helfrich’s legal eligibility to serve as York City mayor after the two men take office at the start of 2018, according to the state Attorney General’s Office.

Sunday and Shapiro’s staff “have mutually agreed that DA-elect Sunday will review Helfrich’s case in its entirety when he is sworn into office on Jan. 2,” Shapiro’s office announced Friday, Dec. 15, in a news release.

Infamous crime? Helfrich was 21 when he pleaded guilty in 1991 to two felony drug charges, after he was arrested with a man carrying psychedelic drugs. Helfrich spent 45 days in York County Prison and was released after his plea, when the judge determined “he was not the player in this.” 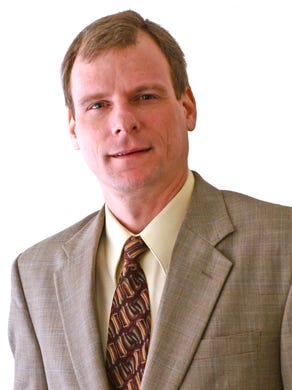 York City Council member Michael Helfrich proposes an amendment on the proposed 2015 budget to reduce the budget of the city's human relations commission, Tuesday, December 16, 2014. The amendment was voted down. John A. Pavoncello - jpavoncello@yorkdispatch.com The York Dispatch
Fullscreen

From left, Kurt Heffner, of York City, Punks for Positivity's Dustin Hildebrand, center, of Dover, and Riverkeeper Michael Helfrich, right, toss a bicycle and other items from the last of five pick-up truck loads of debris into a trash receptacle at Bantz Park in York, Pa. on Sunday, July 19, 2015. The debris was the result of three days of clean-up around Codorus Creek, with about 30 volunteers working to cover the area from Richland Avenue to Princess Street. Dawn J. Sagert - dsagert@yorkdispatch.com The York Dispatch
Fullscreen

Michael Helfrich has been a proponent of pollution control in the Codorus Creek. The York Dispatch
Fullscreen

Michael Helfrich was at the York County Judicial Center Wednesday morning for his hearing to determine whether he can serve on York City Council. Bil Bowden photo The York Dispatch
Fullscreen

Michael Helfrich was at the York County Judicial Center Wednesday morning for his hearing to determine whether he can serve on York City Council. Bil Bowden The York Dispatch
Fullscreen

York City Council candidate Joanne Borders, left, stayed quiet most of the evening while the primary results coming into Democratic Headquarters Tuesday, May 17, 2011. That was until the final precinct numbers came in and she ended up finishing second with 842 votes. Then Borders celebrated by hugging supporters of friends. Meanwhile another council candidate Michael Helfrich, right, finished fourth behind incumbent Toni Smith. Randy Flaum photo The York Dispatch
Fullscreen

York City Council candidate Michael Helfrich hands a flyer to a voter outside the polling place at the Lutheran Home at 750 Kelly Dr. in York Tuesday, May 17, 2011. Bill Kalina photo The York Dispatch
Fullscreen

Michael Helfrich examines some of the plant life along the Codorus Creek in York City on Tuesday, August 17, 2010. Helfrich had posted on his Facebook page, Lower Susquehanna Riverkeeper, that the Army Corps Engineers sprayed amoung the Native Plants project in the city killing the plants. Randy Flaum photo The York Dispatch
Fullscreen

Joanne Borders applauds Michael Helfrich after he was sworn-in to this position on York City Council, Tuesday January 3, 2012. John A. Pavoncello photo The York Dispatch
Fullscreen

Michael Helfrich recites his oath of office as he, Carol Hill-Evans and Joanne Borders are sworn-in to their positions on York City Council, Tuesday January 3, 2012. John A. Pavoncello photo The York Dispatch
Fullscreen

In a bit of irony, Michael Helfrich was seated in the same spot held by former council woman Toni Smith before he, Carol Hill-Evans and Joanne Borders were sworn-in to their positions on York City Council, Tuesday January 3, 2012. Soon after being sworn in, the council voted on seating positions and Helfrich moved to a seat to the right of Council President Carol Hill-Evans. John A. Pavoncello photo John A. Pavoncello
Fullscreen

That conviction was the basis of a challenge from Bracey in 2011 after Helfrich was elected to serve on the York City Council.

Bracey filed her challenge after Kearney recused himself and then-Attorney General Linda Kelly declined to file a lawsuit. Kearney had served as Helfrich’s defense attorney for his 1991 charges.

Then-President York County Common Pleas Judge Stephen Linebaugh ruled in August 2012 that Helfrich’s felony conviction does not qualify as an “infamous crime,” breaking decades of case law in Pennsylvania under which all felonies were considered infamous.

Bracey declined to appeal Linebaugh’s ruling to a higher court, and Helfrich served out his four-year term before being re-elected to the council in 2015. Helfrich took over as city council president in November 2016.

'Already decided': Helfrich has repeatedly said he believes the courts have already settled the issue, since he has served in public office for the last six years.

“A decision has already been made on whether or not I can serve in an office of public trust for the people of York City,” Helfrich said at the end of November. “My limited understanding of our judicial system makes me fairly confident this has been decided. I would not have run, frankly, for this office if I did not think it was already decided.”

York City resident Rick Loper had promised to challenge Helfrich’s eligibility to serve as mayor if the district attorney and attorney general declined to pursue a challenge.

“We have laws that are on the books that are not being enforced within our own city right now — laws on convicted felons, jobs they can hold, elected and not, and we’re not enforcing them,” Loper said at the council’s Nov. 21 meeting.