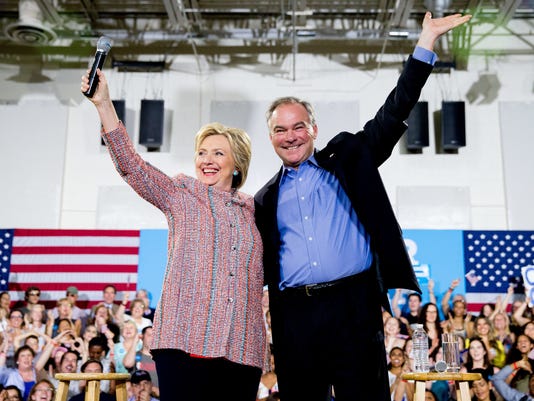 No matter what one believes politically, it's hard to deny Hillary Clinton has made a few new cracks in the glass ceiling by securing the Democratic Party nomination. While she isn't the first women to run for president — that honor belongs to Victoria Woodhull, who ran in 1872 — she is the first woman to ever be nominated as a major-party candidate. Of course, if she wins, she will be the first female U.S. president, ever.

Rose Arbittier, a graduate of Dallastown Area High School and York County's former Distinguished Young Woman who competed nationally for the title, was particularly excited for Clinton's nomination and what it meant for her future. Arbittier is about to head to Princeton University to study public policy, with hopes of working in a management role at a nonprofit one day.

"I think basically it's just confirmed what I want to do with my life," she said. "I think if a woman like Hillary has the ability to get a presidential party nomination, it just shows my smaller goals are really possible."

The dean of the Department of History and Public Policy at York College, John Altman, said Clinton's nomination is a huge moment in American history. He said he feels the nomination and the potential for her winning the presidency catches us up to other countries that have had women leaders, such as Margaret Thatcher, who served as prime minister of the United Kingdom from 1979 to 1990, and Benazir Bhutto, the first and only female prime minister in Pakistan.

"It's amazing they got to that point before we ever did," Altman said. "It's kind of like we're finally entering the 21st century and showing that women are capable. And I think that Clinton is probably more qualified than most of the people who have run in the last decade and gotten nominations."

While there are more women working in government than there were in the past, the Inter-Parliamentary Union found that only 20 percent of those in the Senate are women and only 19.4 percent of representatives in the House are women.

State Rep. Kristin Phillips-Hill, R-York Township, said the nomination is significant historically, but she's seen a marked improvement in the number of women serving in all levels of local and state government.

Outside the DNC: Russia, audits and Jill Stein

"York County, known for being one of the most conservative counties, has a delegation that's 43 percent women," she said. "What's even more important is I don't think people really even thought about my gender when they elected me. I think that York County deserves a huge pat on the back because they're electing candidates not based on gender, but on their competency and where they stand on the issues."

Clinton's campaign, Altman argued, will have an influence on young girls who want to go into government as well.

"Even though we say, 'The U.S. is a place where any child can grow up to be president of the United States,' up until now every one of those individuals has been a man," he said. "Now it's not even something that a young girl would give pause to." 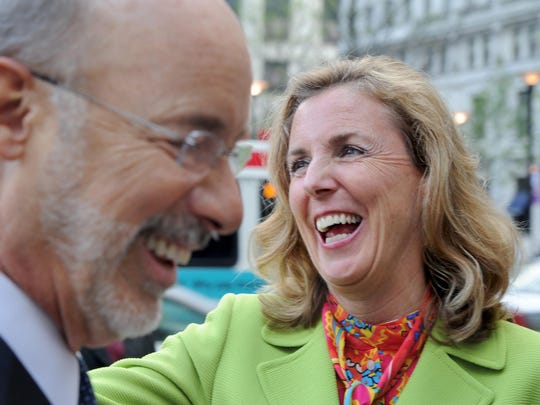 McGinty, who previously worked for Bill Clinton's administration as the chair of the White House Council of Environmental Quality, has three daughters and said she believes Hillary Clinton's nomination will inspire them.

"I want my three daughters, and every young woman across this country, to know they can do anything they set their minds to, even become president of the United States," she said in a release.

McGinty said she believes Hillary Clinton's nomination exemplifies the women who have fought for greater representation in government throughout the decades.

"Secretary Clinton's nomination is an incredible achievement," she said. "There are many generations of women and advocates who have fought to increase women's participation in government and public service, and this is a testament to their tireless efforts as well."

Altman reminded people that although this is a big step for women's rights, there's still more work to be done. He compared Hillary Clinton's nomination with President Barack Obama's victory, saying that after he was elected many felt that the country had experienced a "great racial healing."

"Women's rights have come a long way, but let's not get complacent about a women's ability to succeed," he warned. "We still need to fight and do other things to get the rest of the society to change."

Rose Arbittier, winner of York County and Pennsylvania's Distinguished Young Women program, sings for the talent category at the state competition last August. She recently competed in the national event in Alabama and won a $1,000 scholarship. (Photo: submitted)

"When America was first founded, women couldn't even vote, so it shows how much we've grown as a country," she said. "Hopefully it moves to where the candidate's gender isn't even discussed anymore. This is definitely a step in the right direction."