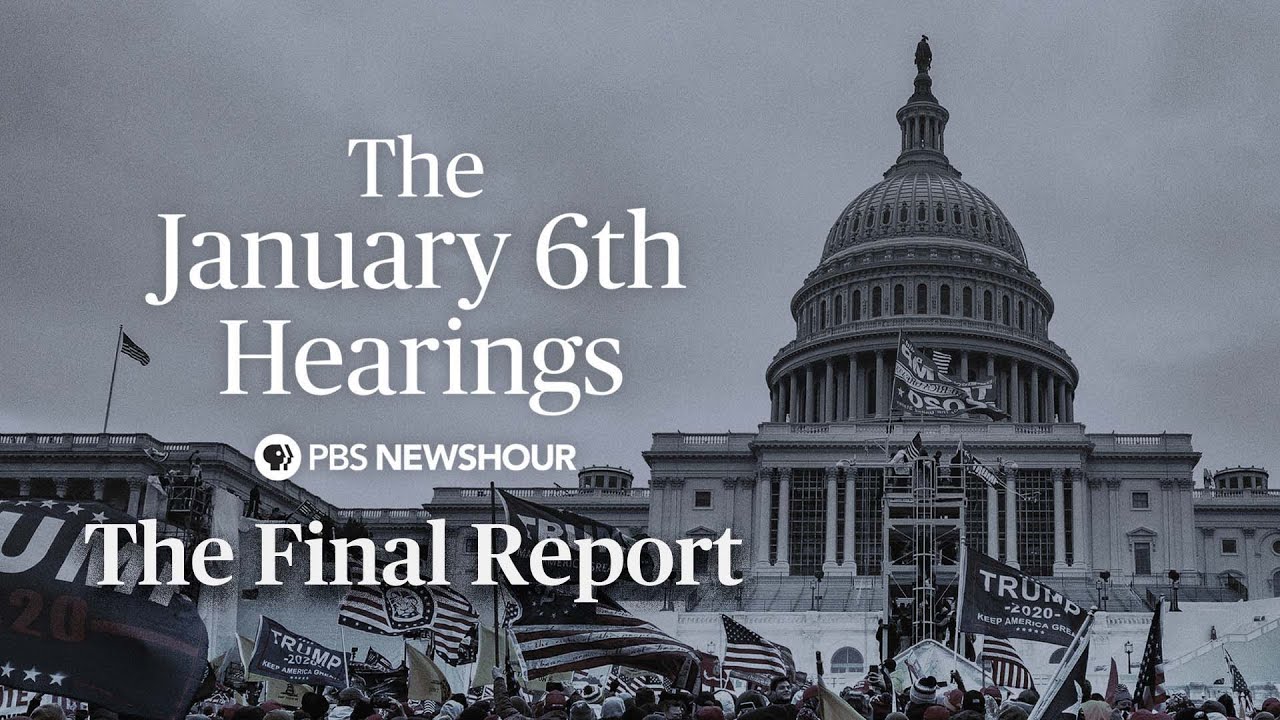 WASHINGTON — The House Jan. 6 committee is wrapping up its investigation of the violent 2021 U.S. Capitol insurrection, with lawmakers expected to cap one of the most exhaustive and aggressive congressional probes in memory with an extraordinary recommendation: The Justice Department should consider criminal charges against former President Donald Trump.

At a final meeting on Monday, the panel’s seven Democrats and two Republicans are poised to recommend criminal charges against Trump and potentially against associates and staff who helped him launch a multifaceted pressure campaign to try to overturn his 2020 election loss.

While a criminal referral is mostly symbolic, with the Justice Department ultimately deciding whether to prosecute Trump or others, it is a decisive end to a probe that had an almost singular focus from the start.

“I think the president has violated multiple criminal laws and I think you have to be treated like any other American who breaks the law, and that is you have to be prosecuted,” Rep. Adam Schiff, D-Calif., a member of the panel, said Sunday on CNN’s “State of the Union."

With his trading card scam, Trump goes from national threat to national joke

The committee may make ethics referrals for five House Republicans — including Rep. Scott Perry, R-Carroll Township — who ignored congressional subpoenas from the panel.

The panel also subpoenaed House Republican leader Kevin McCarthy, R-Calif., and Reps. Jim Jordan of Ohio, Andy Biggs of Arizona and Mo Brooks of Alabama. The panel has investigated McCarthy’s conversations with Trump the day of the attack and meetings the four other lawmakers had with the White House beforehand as Trump and some of his allies worked to overturn his election defeat.

The panel, which will dissolve on Jan. 3 with the new Republican-led House, has conducted more than 1,000 interviews, held 10 well-watched public hearings and collected more than a million documents since it launched in July 2021. As it has gathered the massive trove of evidence, the members have become emboldened in declaring that Trump, a Republican, is to blame for the violent attack on the Capitol by his supporters almost two years ago.

After beating their way past police, injuring many of them, the Jan. 6 rioters stormed the Capitol and interrupted the certification of Democrat Joe Biden’s presidential election win, echoing Trump's lies about widespread election fraud and sending lawmakers and others running for their lives.

The attack came after weeks of Trump’s efforts to overturn his defeat — a campaign that was extensively detailed by the committee in its multiple public hearings. Many of Trump’s former aides testified about his unprecedented pressure on states, on federal officials and on Vice President Mike Pence to find a way to thwart the popular will. The committee has also described in great detail how Trump riled up the crowd at a rally that morning and then did little to stop his supporters for several hours as he watched the violence unfold on television.

“This is someone who in multiple ways tried to pressure state officials to find votes that didn’t exist, this is someone who tried to interfere with a joint session, even inciting a mob to attack the Capitol,” Schiff said. “If that’s not criminal, then I don’t know what it is.”

Members of the committee have said that the referrals for other individuals may also include ethics violations, legal misconduct and campaign finance violations. Lawmakers have suggested in particular that their recommended charges against Trump could include conspiracy to defraud the United States, obstruction of an official proceeding of Congress and insurrection.

On insurrection, Schiff said Sunday that “if you look at Donald Trump’s acts and you match them up against the statute, it’s a pretty good match.” He said that the committee will focus on those individuals — presumably Trump — for whom they believe there is the strongest evidence.

While a so-called criminal referral has no real legal standing, it is a forceful statement by the committee and adds to political pressure already on Attorney General Merrick Garland and special counsel Jack Smith, who is conducting an investigation into Jan. 6 and Trump’s actions.

The committee is also expected at the meeting to preview its massive final report, which will include findings, interview transcripts and legislative recommendations. The report is expected to be released in full on Wednesday.

“We obviously want to complete the story for the American people,” said Rep. Jamie Raskin, D-Md., another member of the committee. “Everybody has come on a journey with us and we want a satisfactory conclusion, such that people feel that Congress has done its job.”

The panel was formed in the summer of 2021 after Senate Republicans blocked the formation of what would have been a bipartisan, independent commission to investigate the insurrection. When that effort failed, the Democratic-controlled House formed an investigative committee of its own.

As the committee was getting started, House Republican leader Kevin McCarthy of California, a Trump ally, decided not to participate after House Speaker Nancy Pelosi rejected some of his appointments. That left an opening for two anti-Trump Republicans in the House — Reps. Liz Cheney of Wyoming and Adam Kinzinger of Illinois — to join seven Democrats, launching an unusually unified panel in the divided Congress.

While the committee’s mission was to take a comprehensive accounting of the insurrection and educate the public about what happened, they've also aimed their work at an audience of one: the attorney general. Lawmakers on the panel have openly pressured Garland to investigate Trump’s actions, and last month he appointed a special counsel, Smith, to oversee two probes related to Trump, including those related to the insurrection and the presence of classified documents at Trump's Florida estate.

In court documents earlier this year, the committee suggested criminal charges against Trump could include conspiracy to defraud the United States and obstruction of an official proceeding of Congress.

The panel also asserts that Trump obstructed an official proceeding, the joint session of Congress in which the Electoral College votes are certified. The committee said Trump either attempted or succeeded at obstructing, influencing or impeding the ceremonial process on Jan. 6 and “did so corruptly” by pressuring Pence to try to overturn the results as he presided over the session. Pence declined to do so.

A criminal referral on the charge of insurrection would be a clear effort to hold Trump directly accountable for the rioters who stormed the building. The rarely used insurrection statute criminalizes any effort to incite, engage in or assist a rebellion or insurrection “against the authority of the United States.”