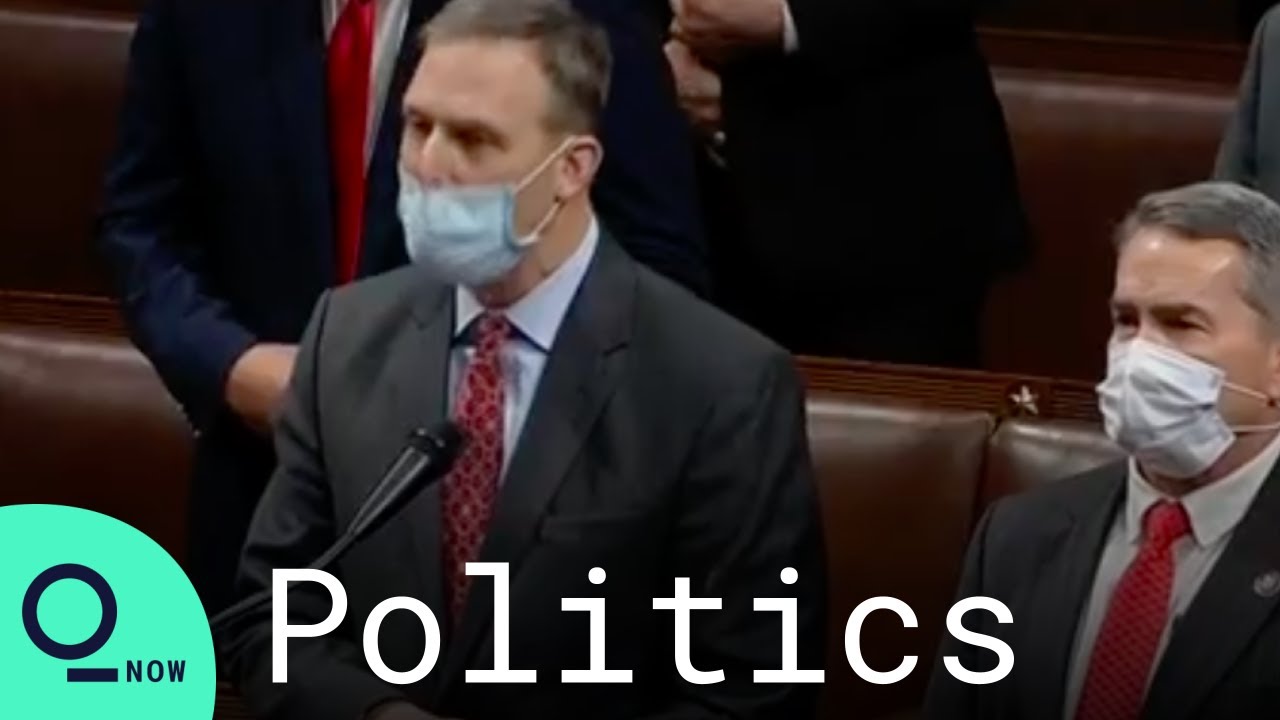 U.S. Rep. Scott Perry led the charge through the night Wednesday in a failed attempt to overturn President-elect Joe Biden's victory in Pennsylvania, even after right-wing rioters stormed Capitol Hill.

In the House, Perry, R-Carroll Township, introduced the objection to counting Pennsylvania's 20 Electoral College votes in what ostensibly served as a symbolic endorsement of President Donald Trump's bid to overturn his Nov. 3 loss.

Conspiracy theories, repeated for weeks by Trump and his congressional allies, on Wednesday fueled a massive crowd of Trump supporters, who breached the Capitol, clashed with police and forced those inside to evacuate.

"When votes are accepted under unconstitutional means, without fair and equal protection for all, the only result can only be an illegitimate outcome," Perry said on the House floor. "The voters did not create this mess, but the will of the people is absolutely being subverted by the deliberate and willful actions of individuals defying their oath, the law and the Constitution," Perry said on the House floor.

Some Republicans have, for months, claimed that Pennsylvania's Democratic governor, Tom Wolf, and the courts ran November's election in ways not approved by the state Legislature. Numerous state and federal courts have rejected this claim.

Both Perry and Rep. Lloyd Smucker, R-Lancaster, had already indicated their intent to oppose counting some of Biden's electors in Dec. 3 letter signed by six other Pennsylvania Republicans.

Perry and Smucker were among the 138 Republicans to object to Biden's electors in Pennsylvania. The House approved Pennsylvania's electors by a 282-138 vote.

Overall, eight Republican members of Pennsylvania's delegation in the House objected to their home state's electors. U.S. Rep. Brian Fitzpatrick, of Bucks County, was the only House Republican from Pennsylvania to support the electors.

Perry, of Carroll Township, also was one of 121 Republicans to object to Biden's electors in Arizona. Smucker, however, voted to count those electors.

During the floor debate, as Perry called for Biden's Pennsylvania electors to be rejected, Rep. Conor Lamb, D-Allegheny, got into a shouting match with Perry and other Republicans after saying the objections “don’t deserve an ounce of respect."

"When is the appropriate time for words to be stricken? Perry said.

On the other hand, in the upper chamber, Sen. Pat Toomey, R-Pa., voted to seat all of Biden's electors and chastised his GOP colleagues for touting the president's false claims and conspiracy theories.

He joined Sen. Bob Casey, a Democrat, along with more than 90 senators in certifying votes in the cases of both Pennsylvania and Arizona.

“If this were overturned by mere allegations from the losing side, our democracy would enter a death spiral,” McConnell said.

Sen. Josh Hawley, R-Mo., one of the architects of Wednesday's failed attempt to override voters, spearheaded the push to reject Pennsylvania's electors in the Senate.

Ultimately, Congress ratified all of Biden's electors, setting up his inauguration on Jan. 20.

Earlier in the day, tensions heated up as President Donald Trump called Vice President Mike Pence a coward for not blocking Biden electors.

The day resulted in what some Democrats labeled an attempted coup. After Trump riled up a large crowd of supporters during a rally outside the White House, protesters breached the Capitol, forcing media members, lawmakers and staff to evacuate.

At least four people died, and dozens were injured in the incident, reported CNN.

“I’m calling on Congress and state Legislatures to pass sweeping election reforms, and you better do it before we have no country left,” Trump said. “Today is not the end, it is just the beginning.”

Prior to the vote, GOP leaders of Pennsylvania’s state Senate also pressured Republicans on Capitol Hill to delay the certification of votes in a Monday letter.

State Sen. Kristin Phillips-Hill, R-York Township, was among the those who signed the letter.

Eight of nine Republicans in the U.S. House delegation answered the call and voted against the certification of Electoral College votes.

Perry was one of 126 House Republicans to sign on to an amicus brief supporting a petition last month that would have disenfranchised nearly 150,000 voters in his own district.

The petition filed by Texas Attorney General Ken Paxton  would have nullified election results in Pennsylvania, Georgia, Michigan and Wisconsin.

The U.S. Supreme Court, however, promptly rejected  the measure due to a lack of standing. It was one of dozens of legal challenges to election results that was shot down.