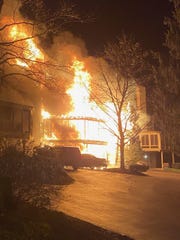 About 4:15 a.m. Sunday, Feb. 2, Brier awoke to his dog barking and the smell of smoke, he said. With his back porch engulfed in flames, he, along with his parents, who live with him, quickly evacuated.

"The house was basically down within a half hour," Brier said Tuesday. "The dog came up before the smoke alarms went off. If you wait a couple minutes, it could've been a totally different outcome."

More: Who has raised the most in York County's congressional districts?

Firefighters from 10 different fire departments were at the scene so quickly it was "nearly incomprehensible," Brier said, adding that no one was injured in the blaze. 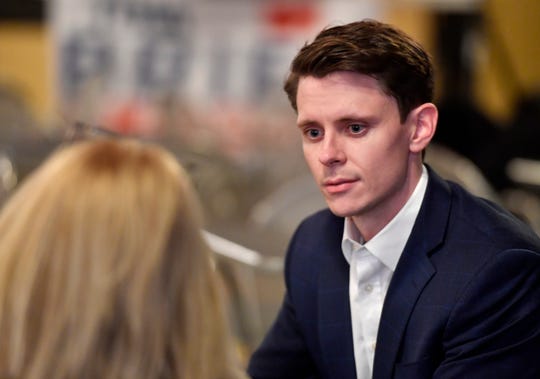 The cause hasn't been determined, but there is no reason to believe there was suspicious activity, Sassman said.

Brier and his parents are staying at a family friend's house in Hershey.

"I have been overwhelmed by the support we've received over the past 48 hours," Brier said. "For that very reason, I will continue my campaign so that, together, we can create a stronger and more unified community."

If successful in beating out DePasquale, Brier would face U.S. Rep. Scott Perry, R-Carroll Township, in the November general election.