The bill will be introduced later this week after final details are hashed out, Grove said. 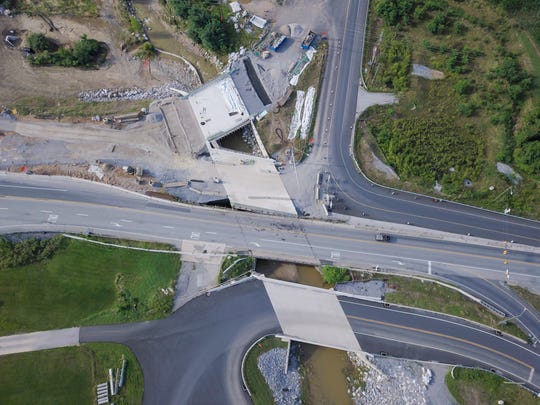 Construction continues at Mount Rose Avenue and Interstate 83, where the contractor says they need more time and money to complete the work. Sunday, July 29, 2018. John A. Pavoncello photo (Photo: The York Dispatch)

A proposed bill could hold contractors of the Mount Rose project on Interstate 83 accountable and claw back taxpayer dollars spent on the delayed project, a state lawmaker said Tuesday.

The False Claims Act, proposed by state Rep. Seth Grove, could hold developer Cherry Hill Construction liable for overruns that have mounted as the project has dragged on well beyond its initial deadline, Grove said. 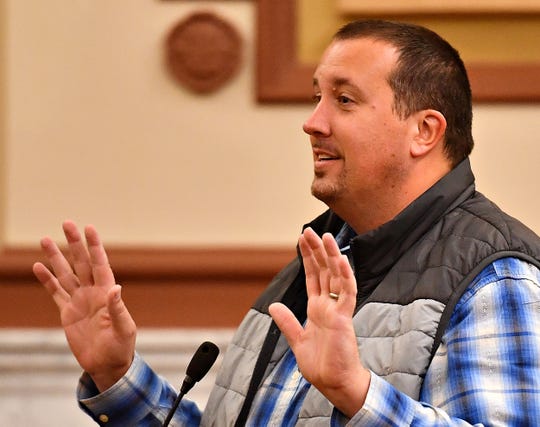 The bill will be introduced later this week after final details are hashed out, Grove said.

Grove's bill could hold contractors liable retroactively, and the state would be able to investigate even in the event the contractor's contract is closed out, Grove said.

The federal False Claims Act — from which Grove has modeled his bill — is largely utilized for Medicaid fraud. But Grove's version could be applied to other matters, such as the delayed Mount Rose project on I-83.

Cherry Hill Construction, contractors of the project, recently filed a claim against the state Department of Transportation with the state Board of Claims, alleging a breach of contract. PennDOT failed to "take seriously" problems at the work site, the claim alleged.

In its response, PennDOT countered that Cherry Hill is at fault for the delays.

Cherry Hill is seeking $24.2 million in damages and a 598-day extension for the project, which was supposed to be completed in June 2018. The work is now expected to wrap up this summer.

The company originally bid $58.3 million for the work. The cost has now passed $60 million, and Cherry Hill has been fined more than $7 million. 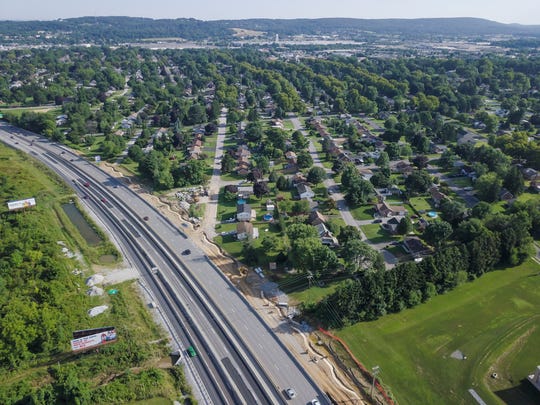 Construction continues at Mount Rose Avenue and Interstate 83, where the contractor says they need more time and money to complete the work. Sunday, July 29, 2018. John A. Pavoncello photo (Photo: The York Dispatch)

"There's days I drive through it and there's no one working on it," Grove said. "It needs to get done. It's frustrating for York countians."

There is bipartisan support for his proposed legislation, and Grove said he believes it would muster the backing of Gov. Tom Wolf, too.

Wolf and his staff are reviewing Grove's proposal, said J.J. Abbott, a spokesman for Wolf.

"Governor Wolf has been supportive of a state false claims act in the past, particularly for some providers, and we look forward to working with the sponsors to craft responsible legislation that increases the commonwealth’s ability to hold entities that commit fraud to account," Abbott said via email.

Cherry Hill spokesman Leonard White hung up on a reporter when reached for comment Tuesday.

"We got them (Wolf's office) the language late last week," Grove said. "Conceptually, I think they're there."