President Donald Trump on Saturday claimed complete vindication from a congressional memo that alleges the FBI abused its surveillance powers during the investigation into his campaign’s possible Russia ties. But the memo also includes revelations that might complicate efforts by Trump and his allies to undermine special counsel Robert Mueller’s inquiry. 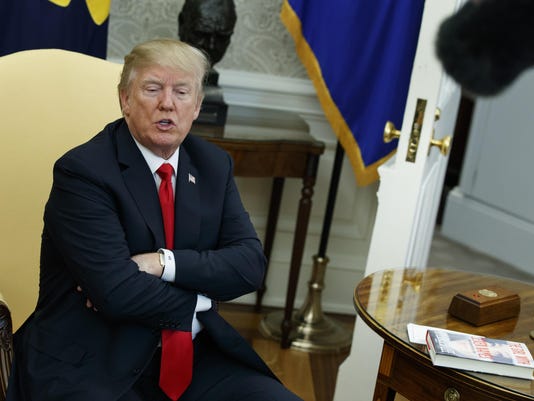 In this Feb. 2, 2018, photo, President Donald Trump speaks during a meeting with North Korean defectors where he talked with reporters about allowing the release of a secret memo on the FBI's role in the Russia inquiry, in the Oval Office of the White House in Washington. Ignoring the objections of the Justice Department and warnings from his own staff, Trumpâs authorization of the release of a bitterly disputed, formerly highly classified memo was his latest contentious move to upend the investigation into his campaignâs ties to Russia or whether the president obstructed justice.(AP Photo/Evan Vucci)(Photo: Evan Vucci / AP)

WASHINGTON – President Donald Trump on Saturday claimed complete vindication from a congressional memo that alleges the FBI abused its surveillance powers during the investigation into his campaign’s possible Russia ties. But the memo also includes revelations that might complicate efforts by Trump and his allies to undermine special counsel Robert Mueller’s inquiry.

The four-page document released Friday contends that the FBI, when it applied for a surveillance warrant on a onetime Trump campaign associate, relied excessively on an ex-British spy whose opposition research was funded by Democrats. At the same time, the memo confirms that the investigation into potential Trump links to Russia actually began several months earlier, and was “triggered” by information involving a different campaign aide.

Christopher Steele, the former spy who compiled the allegations, acknowledged having strong anti-Trump sentiments. But he also was a “longtime FBI source” with a credible track record, according to the memo from the House Intelligence Committee chairman, Rep. Devin Nunes, R-Calif., and his staff.

The warrant authorizing the FBI to monitor the communications of former campaign adviser Carter Page was not a one-time request, but was approved by a judge on four occasions, the memo says, and even signed off on by the second-ranking official at the Justice Department, Rod Rosenstein, whom Trump appointed as deputy attorney general.

Trump, however, tweeted from Florida, where he was spending the weekend, that the memo puts him in the clear.

“This memo totally vindicates ‘Trump’ in probe,” he said. “But the Russian Witch Hunt goes on and on. Their (sic) was no Collusion and there was no Obstruction (the word now used because, after one year of looking endlessly and finding NOTHING, collusion is dead). This is an American disgrace!”

The underlying materials that served as the basis for the warrant application were not made public in the memo. As a result, the document only further intensified a partisan battle over how to interpret the actions of the FBI and Justice Department during the early stages of the counterintelligence investigation that Mueller later inherited. Even as Democrats described it as inaccurate, some Republicans quickly cited the memo – released over the objections of the FBI and Justice Department – in their arguments that Mueller’s investigation is politically tainted.

What the GOP memo says (and doesn't say)

“Having decided to cherry-pick, the Nunes team picked a bunch of the wrong cherries for its own narrative,” Matthew Waxman, a Columbia University law professor and former Bush administration official, wrote in an email.

The memo’s central allegation is that agents and prosecutors, in applying in October 2016 to monitor Page’s communications, failed to tell a judge that the opposition research that provided grounds for the FBI’s suspicion received funding from Hillary Clinton’s presidential campaign and the Democratic National Committee. Page had stopped advising the campaign sometime around the end of that summer.

Steele’s research, according to the memo, “formed an essential part” of the warrant application. But it’s unclear how much or what information Steele collected made it into the application, or how much has been corroborated.

Steele was working for Fusion GPS, a firm initially hired by the conservative Washington Free Beacon to do opposition research on Trump. Steele didn't begin work on the project until after Democratic groups took over the funding.

The memo says the FBI cut ties with Steele, a longtime source, for an improper disclosure to the media about his relationship with the bureau.

Republicans say a judge should have known that “political actors” were involved in allegations that led the Justice Department to believe Page might be an agent of a foreign power – an accusation he has consistently and strenuously denied.

For one, Democrats said it was misleading and incorrect to say a judge was not told of the potential political motivations of the people paying for Steele’s research.

Beyond that, though, the memo confirms the FBI’s counterintelligence investigation into the Trump campaign began in July 2016, months before the surveillance warrant was sought, and was “triggered” by information concerning campaign aide George Papadopoulos. He pleaded guilty last year to lying to the FBI.

The confirmation about Papadopoulos is “the most important fact disclosed in this otherwise shoddy memo,” California Rep. Adam Schiff, the House committee’s top Democrat, said in a tweet Saturday in response to Trump’s assertion that the document vindicated him.

The timing makes clear that other Trump associates beyond Page, who was part of the election effort for only a short period and was not in Trump’s inner circle, had generated law enforcement scrutiny. The memo also omits that Page had been on the FBI’s radar a few years earlier as part of a separate counterintelligence investigation into Russian influence. 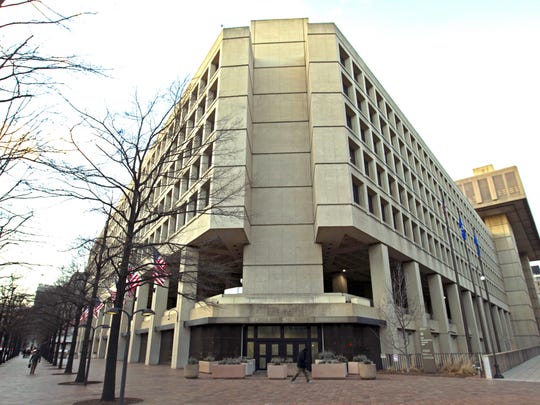 Other details in the memo could also challenge Republican claims of bias. The warrant requested was renewed on three additional occasions, meaning that judges approved it four times.

The memo had been classified because it deals with warrants obtained from the Foreign Intelligence Surveillance Court. The White House declassified it Friday and sent it to Nunes for immediate release.

That disclosure is extraordinary because it involves details about surveillance of Americans, national security information the government regards as among its most highly classified. The release is likely to further escalate the conflict between the White House and Trump’s law enforcement leaders. Rosenstein and FBI Director Christopher Wray had personally lobbied against the memo’s disclosure, arguing it could set a dangerous precedent.

The memo’s release also comes amid an effort by Trump and congressional Republicans to discredit Mueller’s investigation. His probe focuses not only on whether the Trump campaign coordinated with Russia but also on whether the president sought to obstruct justice.