A technical oversight in York County's voting machines could force the county to hold special elections to determine the winners in eight races. 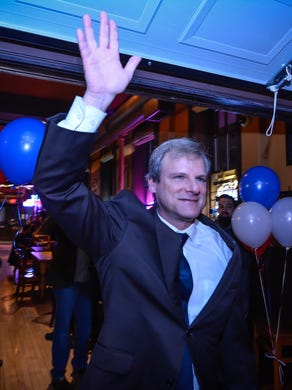 Michael Helfrich arrives after the polls closed at Holy Hound to a room crowded with supporters, Tuesday, Nov. 7, 2017. John A. Pavoncello photo The York Dispatch
Fullscreen 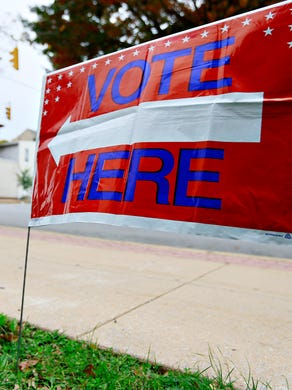 A technical oversight in York County's voting machines could force the county to hold special elections to determine the winners in eight races.

An oversight allowed a single voter to cast multiple votes for a candidate in races where more than one candidate is elected.

That oversight threw into question the validity of reported results in those eight races in the Tuesday, Nov., 7, election, with York County Elections Director Nikki Suchanic emphasizing that all election results are unofficial until they are later certified.

"We are going to release results we have," Suchanic said after the polls closed at 8 p.m. "(But) any results we release on election night are unofficial."

Most notably, the oversight affected the result of the York County Court of Common Pleas judges race, where four candidates were vying for three vacancies.

Candidates Kathleen Prendergast and Clyde Vedder appeared on both the Republican and Democratic tickets, meaning the issue would have allowed a voter to vote twice for one of them.

According to unofficial election results, Prendergast, Vedder and Kraft have earned seats on the York County Court of Common Pleas.

Revote? County officials worked with voting-machine vendor Sequoia on Election Day to determine how many "double votes" were cast in the eight races, but officials were unable to resolve the issues before the end of the night.

Officials from the county and the Pennsylvania Department of State will explore their legal options for determining the winners of the eight races, Walters said.

"A revote is certainly on the table," but officials are hoping to resolve the oversight without a special election, Walters said.

According to a news release, the county's Elections and Voter Registrations Department learned about the issue the afternoon of Monday, Nov. 6, but it was determined to be too late to reprogram machines that had already been sent out to 159 election districts.

The release was sent out just after 3 p.m. Tuesday, Nov. 7, and Walters said the timing of the release stems from internal discussions about not wanting to allow more opportunities for fraudulent votes, but the Pennsylvania Department of State suggested the information be released publicly as soon as possible.

Walters said county election officials noticed the issue while fixing a voting machine in Glen Rock, but they have no reason to believe this has been as issue during any previous election.

Notices were posted at all polling stations reminding voters they may only vote once for crossfiled candidates in the same race, the release states.

"Our hope is we'll be able to capture the amount of times this issue impacted a ballot," Walter said.

Walters said he did not know whether the issue would delay election results being announced, but he said it could impact the certification of those results.

In a statement released at 5 p.m. on Election Day, the Department of State said it plans to request a formal post-election review and report from the county.