A Pennsylvania judge Friday put a freeze on a new state police policy regarding sales of partially manufactured gun frames that can be made into working pistols and rifles. 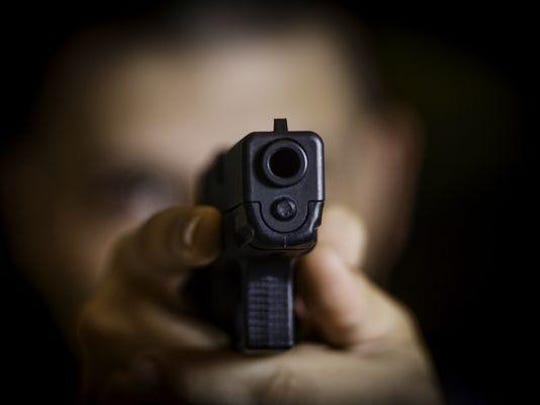 HARRISBURG – A Pennsylvania judge Friday put a freeze on a new state police policy regarding sales of partially manufactured gun frames that can be made into working pistols and rifles.

Commonwealth Court Judge Kevin Brobson issued the preliminary injunction about three weeks after state police provided guidance to gun dealers about how to perform background checks for sales of what are often called 80% receivers or unassembled “ghost guns.”

Brobson said the plaintiffs, businesses that manufacture and sell the gun frames, have raised a legitimate question about whether the state police policy is too vague. He said he would be open to revisiting the scope of his injunction, depending on what state police does in response.

“The harm of threatened enforcement of an unconstitutionally vague policy, derived from statute, cannot be remedied after the fact,” Brobson wrote. He noted that federal regulators, unlike the Pennsylvania State Police, have a process that allows manufacturers to submit their products for review and classification.

State police announced earlier this month that gun dealers must call the state gun-purchase background check system for sales of the 80% receivers and are not permitted to simply use the online system.

Joshua Prince, a lawyer for the plaintiffs, said Friday he was pleased and argued the new policy put people at risk of criminal and civil penalties “in relation to something that not even the Pennsylvania State Police could define.”

Democratic Attorney General Josh Shapiro in December issued a legal opinion that the 80% receivers are firearms under state law, leading the state police to develop the background checks procedure and a new form for their sales.

He said he was acting because the gun parts can be quickly assembled and are not traceable because they lack serial numbers. Shapiro said they have increasingly turned up in the hands of people legally barred from possessing firearms, and that more than 100 ghost guns were seized from prohibited purchasers in Philadelphia last year.

On Friday, Shapiro’s office said Brobson’s injunction did not change their legal opinion that the 80% receivers are firearms, and that they intended to continue to defend the state police in the litigation.

Shapiro’s December legal guidance told state police to treat unassembled gun frames as firearms if they are designed to expel a projectile by the action of an explosive, or if they can be readily converted to do so. He said no single factor can determine whether a gun frame meets that standard, but that all applicable factors should be considered when figuring out whether a part or parts can be readily converted into working guns.

Brobson said his preliminary review suggested Shapiro’s letter does not match the definition of firearm under Pennsylvania law.

The state policy, the judge wrote, “sows confusion within the industry and the public.”

The lawsuit challenging the attorney general’s letter and state police policy claimed it amounted to improper lawmaking without the involvement of the Legislature or wider public, that it bypassed the normal regulatory review process and that it did not give people sufficient information regarding what was made illegal.