Republicans on a Pennsylvania House committee voted on Wednesday to give more power over redistricting to the majority party in the Legislature, breathing life into efforts to substantially change how General Assembly and congressional districts are drawn. 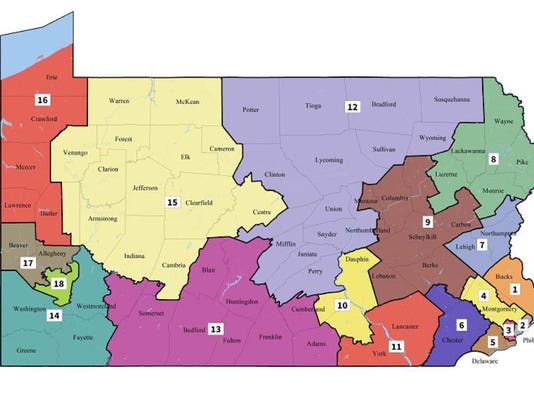 HARRISBURG – Republicans on a Pennsylvania House committee voted on Wednesday to give more power over redistricting to the majority party in the Legislature, breathing life into efforts to substantially change how General Assembly and congressional districts are drawn.

The House State Government Committee split along party lines on a proposal to amend the state constitution to create a six-member commission to produce new boundaries for legislative and congressional districts every decade. The vote follows the state Supreme Court-ordered redrawing of the state’s 18 congressional districts, raising calls from some Republicans to impeach the Democratic justices who backed the decision.

The Republican and Democratic caucuses in the two chambers would each pick one member, and the fifth and sixth members would be voted on by the full House and Senate.

Five of six members would need to approve the maps. If they would be unable to agree, lawmakers would vote on the commission’s draft maps without amendment.

“There is no greater citizens’ commission than the General Assembly of this state,” said Rep. Daryl Metcalfe, R-Butler, the committee chairman.

The vote on Wednesday to approve the Republican-drawn amendment did not move it out of committee, and Metcalfe did not indicate when he plans to have the committee vote to send the proposal to the House floor.

Metcalfe said an objective was to remove “unaccountable judges” from the process, although there would be a role for the Commonwealth Court to hear legal challenges.

Republicans currently hold majorities of 121-82 in the state House and 34-16 in the Senate.

“After the last few months, it should be clear that the solution to our broken redistricting system is not putting more power in the hands of partisan politicians,” Wolf said. “This is wrong, and it is an affront to our democracy.”

The vote eviscerated a proposal drafted by state Rep. Steve Samuelson, a Democrat from Northampton County, to create an 11-member commission to draw legislative and congressional districts. 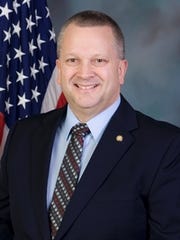 Members of the anti-gerrymandering group Fair Districts PA, which supports Samuelson’s proposal, packed the meeting, chanting “Shame!” after the vote.

Under current law, legislative districts are produced by a five-person commission, with each caucus leader choosing one person. The four then pick a fifth member, but if they can’t agree – and they usually don’t – the state Supreme Court appoints the fifth member.

Congressional redistricting currently is done as regular legislation that must pass both chambers and get the governor’s approval.

Republicans have enjoyed several favorable congressional reapportionment cycles, thanks to majorities they held on the high court. But Democrats recently gained a 5-2 court majority, a foothold that could give their party much more say in changes to General Assembly districts after the 2020 census.

Republicans controlled congressional redistricting the last two decades. But earlier this year the state Supreme Court threw out the GOP-crafted 2011 map in a gerrymandering case, saying it was improperly drawn to give Republicans a durable majority in the state’s congressional delegation.

Wolf is running this year for a second term, and if he wins he would have veto power over whatever congressional map lawmakers produce after the next census.

As a constitutional amendment, the bill that was debated Wednesday must be approved by both chambers in two consecutive two-year sessions before going to voters in a statewide referendum. The current session ends in November, so the earliest that such a referendum could be scheduled is for the 2019 primary election.

“Hopefully we do not rush to amend the constitution before lunch,” said Bradford, of Montgomery County, arguing the process was “not worthy of an amendment to the state constitution.”

His proposal for a delay was voted down on party lines.