Red Lion's girls and boys basketball teams are helping to support a longtime coach who was recently displaced in an apartment fire that took firefighters six hours to extinguish. 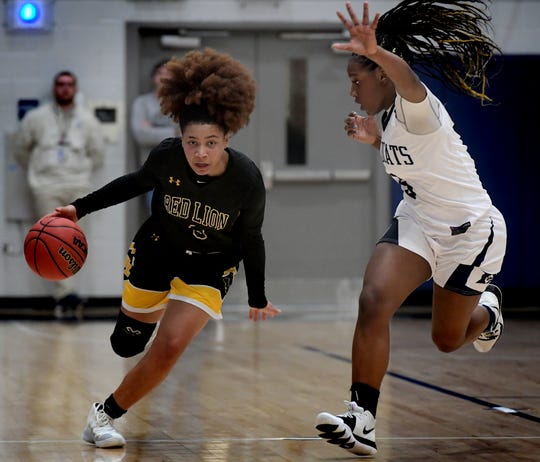 Red Lion's girls' and boys' basketball teams are helping to support a longtime coach who was recently displaced in an apartment fire.

A free-throw challenge benefiting coach Eric Lefever invites Red Lion athletes from third grade to high school varsity to participate in raising funds for the coach who has served the district for 25 years.

The contest will be held from 1 to 4 p.m. on March 15 at Red Lion Area Senior High School, located at 200 Horace Mann Ave.

"We heard that (Lefever) was displaced because of the fire, and we thought we needed to do this for him," said Steve Schmehl, the Red Lion boys' varsity basketball coach. 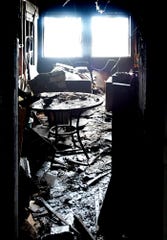 A damaged unit at Hilltop Apartments in Red Lion, Sunday, Feb. 16, 2020, after it was damaged by a fire which started just before midnight on Saturday. Bill Kalina photo (Photo: Bill Kalina, The York Dispatch)

Five firefighters were injured in the fire at Hilltop Apartments, 125 Henrietta St. The fire was reported at 11:45 p.m. Feb. 15, and fire crews were on the scene until about 6 a.m. the next day.

All residents from the 18 apartment units were evacuated, officials said.

Schmehl said people interested in participating can select an athlete they'd like to sponsor in the challenge, pledge an amount and match the contribution based on the number of baskets made.

For example, somebody who chooses a player and pledges $1 per basket will need to donate $50 if that player makes 50 free throws.

Each participating student will attempt to make 100 free throws.

"(Lefever is) pretty loved by a lot of people. It could end up being pretty big — hopefully it is," Schmehl said. "It's going to be really cool to get all the kids together from the programs. It gives them a really cool opportunity to help and do something through basketball."

— Reach Tina Locurto at tlocurto@yorkdispatch.com or on Twitter at  @tina_locurto.