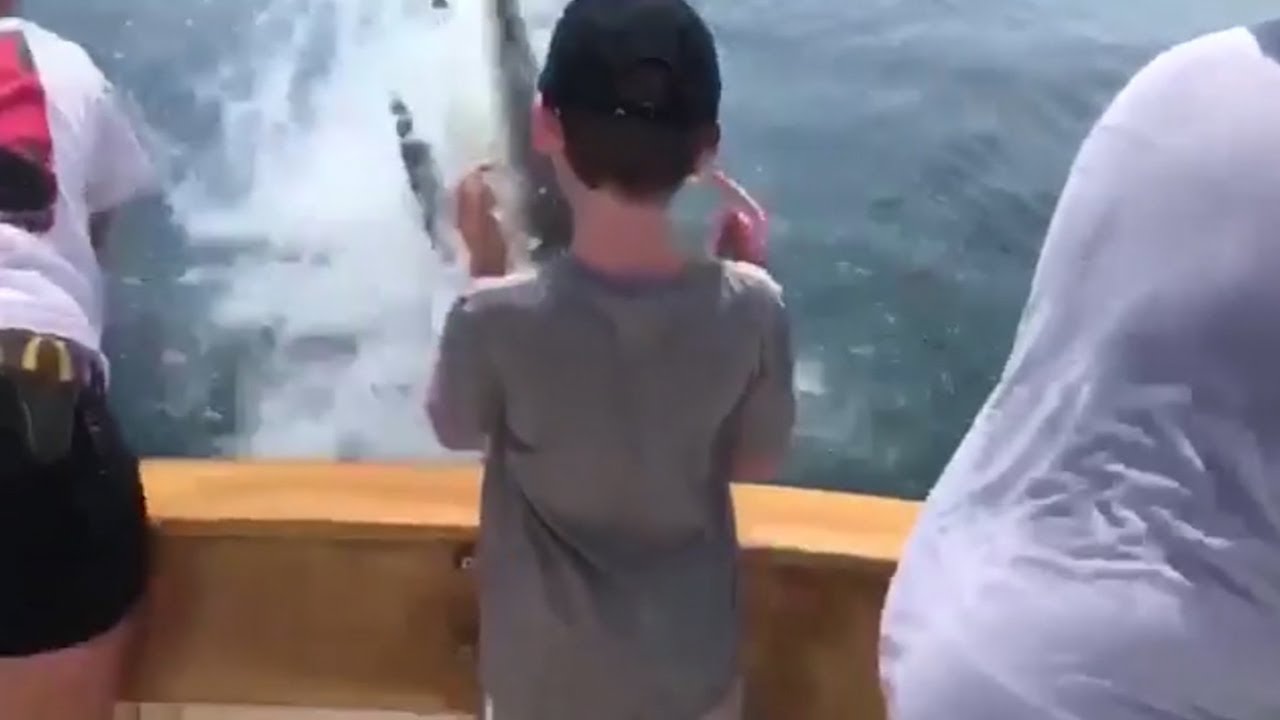 ORLEANS, Mass. – A family fishing in Cape Cod Bay had an up close and personal encounter with a great white shark that leaped out of the water to snatch a fish they had caught right off the line.

Doug Nelson, of Franklin, who caught the leaping shark on video on Saturday, told New England Cable News it “gave us a pretty good scare.”

His son Jack can be seen on the video jumping back as the shark breaches the water’s surface.

The Atlantic White Shark Conservancy confirmed it was a great white, as did Marc Costa, captain of the Orleans-based Columbia Sportfishing vessel.

Costa said the boat was about three miles west of Great Island in Wellfleet when the shark made its leap.