Four men huddled together late at night under the dim light on the porch of an abandoned mill. One pulls a wad of bills from his pocket and distributes equal shares to each of the men. Drug deal? Culmination of a robbery?   Well kind of.

Four men huddle together late at night under the dim light on the porch of a historic mill. One pulls a wad of bills from his pocket and distributes equal shares to each of the men. Drug deal? Culmination of a robbery?

Well kind of. That’s usually how the night ends for my band 3 Dollar Suit after unloading gear after a show into the mill where we practice. I guess we are stealing a good time with friends and enjoying the rush of making our brand of music, which we call “alternative folk” — a mix of folk, rock, country, and even some Americana, at an age when most musicians have steered away from this kind of stuff. Granted, the four members of the band have individually logged plenty of hours playing shows into the early morning hours, even touring the country.

But times have changed.

Instead of starting gigs at 10 p.m. and playing until 1:30 or 2 a.m., we opt for the 8 to 11 p.m. time slot. Instead of hauling a bass rig that stands 5 feet tall with its two cabinets, I now play through the PA, with an 18-pound mini pre-amp. I love showing up for an engagement carrying ALL my gear for the night in one trip! No smoking venues, no crazy bars, no drunken patrons.

Bill Lanphier, better known as Bongo, our percussionist (he toured with a band after college in the 1970s), hauls the most gear to the shows even though he ditched the drum kit years ago. Djembe, bongos, cymbals, stands, assorted things that go “click." 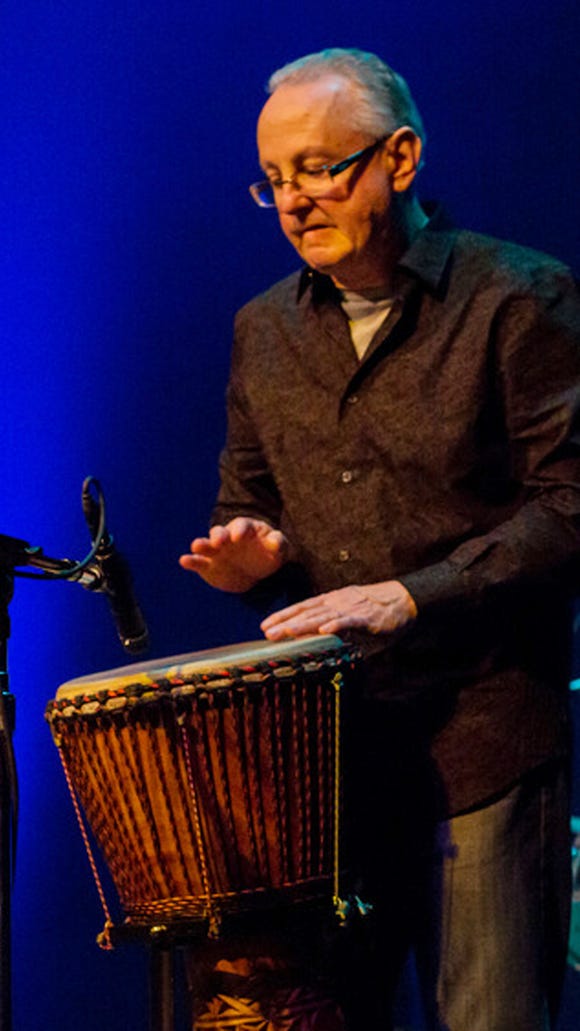 Guitarists John Smith and Scott Howard don’t bring amps anymore, opting, like me, to play through the sound system and pre-amp.

All of this pared-down attitude still results in quite of full sound for the venues we play (Mudhook Brewing Co. and the Glen Rock Mill Inn, to name a couple) and sure saves our backs. The glamour of huge amps and tons of power has lost its sparkle, but the appeal of creating and performing original music and select cover songs still shines.

From left, me, John and Scotty play at the Strand during YorVoice. (Photo: Sweet D.E. Photography)

You can imagine we love playing venues that provide a sound system (easy in and out) and that’s just what we did, performing at the YorVoice competition at the Strand-Capitol Performing Arts Center. The event showcases local talent and gives us the chance to play on a grand stage instead of a crowded corner!

We had a ball and got to meet plenty of local talent, which is one of the best things about playing multi-act performances. We’re already looking forward to playing next year’s show!

Check out photos of all the performers from YouVoice 2016.