Older tenant evictions now moving forward in York County, but not new ones

Some of York County's 19 district judges have partially resumed landlord-tenant eviction cases, but none is accepting new cases until July 10.

Older tenant evictions now moving forward in York County, but not new ones

Some of York County's 19 magisterial district judges have partially resumed landlord-tenant eviction cases, but they are taking different approaches — and none is accepting any new cases until mid-July.

That's because even though the Pennsylvania Supreme Court's order barring tenant evictions for financial reasons amid the COVID-19 pandemic expired  May 11, Gov. Tom Wolf issued an executive order May 7 stating that no new landlord-tenant cases can be filed until July 10.

Three York County judges, as well as two local attorneys who regularly train magisterial district judges on landlord-tenant issues, agree that because Wolf's order failed to address landlord-tenant cases filed prior to May 11, at least some of those cases can now move forward. 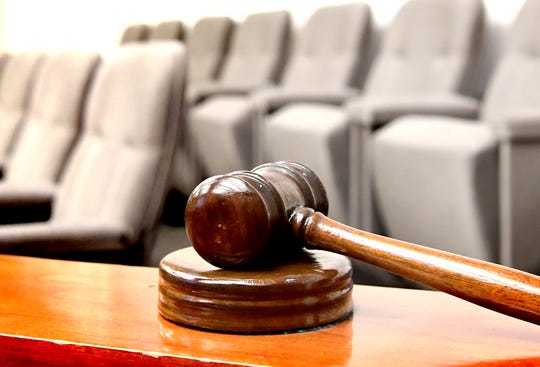 There's no question that cases in which district judges granted possession, meaning eviction, to landlords prior to March 19 can now move to the next phase, in which constables post eviction notices giving tenants 10 days to move out, said Matt Rich, an attorney with MidPenn Legal Services.

But while some district judges are moving forward with eviction cases filed between March 19 and May 11, others are holding off — waiting to see how the state Supreme Court rules on a related case.

Balancing interests: They include Dallastown-area District Judge Scott Laird, who said he won't schedule any court proceedings for cases filed between March 19 and May 11 until at least July 10.

"While I understand both sides of the argument … I just don’t think it’s appropriate under the circumstances under which we’re currently living to proceed with those types of cases," he said. "I think there’s a humanitarian side of those cases that can’t be thrown to the wind. ... I'm trying to balance the interests of all."

Laird said some of his colleagues are moving forward with the March 19 to May 11 cases but not taking the final step of granting possession, meaning eviction. If that's the case, he argued, it doesn't make sense to move forward at all because by the time possession can be granted, landlords will have had to file additional cases for subsequent lost rent payments.

"Any possession that was pending prior to the initial emergency, those are the only (cases) in my opinion that can continue," he said.

York-based attorney Kurt Blake said he represents landlords in York County and around the state and said it's time older cases started moving forward. Some of his clients haven't received a rent payment since December, he said, and some have tenants who are destroying property and being nuisances to their neighbors.

"There are a number of landlords who operate on a really tight margin (even) in good times," Blake said, noting that there's little or no profit for some landlords after they pay mortgages, taxes, sewer and refuse, insurance, utilities and licensing and inspection fees.

"At the end of the day there's not a lot left," he said, adding he's advising his landlord clients to move forward now, if they can.

"The concern I have is ... (we're) going to end up with a lot of foreclosures and tax sales" because landlords are unable to pay their mortgages, Blake said.

Flood of filings? Asked whether MidPenn Legal Services is concerned there will be a flood of new eviction filings on and after July 10, Rich said it's certainly possible, but he's hopeful it can be minimized.

First, he said, MidPenn attorneys advise clients that eviction moratoria aren't  "free license not to pay rent," and urge clients to work out repayment with their landlords.

Second, Rich said, he has seen many landlords express a willingness to work with tenants who are behind on rent, rather than simply move to evict them. Between unemployment compensation benefits and government stimulus funding, it's hoped tenants will be able to repay back  rent, he said.

MidPenn Legal Services is a noprofit law firm that provides free civil legal services to low-income residents and survivors of domestic violence and sexual assault in 19 counties in central Pennsylvania, including York County.

Red Lion-area District Judge John H. Fishel said his office is moving forward with eviction actions that were commenced before May 11.

"It is the court's interpretation that they be executed," he said, adding there are seven such cases in his office and that all parties have been notified.

10-day notice: Fishel said that tenants who receive possession, or eviction, notices have 10 days to vacate their homes after a constable posts the  notice.

York County Common Pleas Court offered guidance to the county's 19 district judges that cases filed between March 19 and May 11 can move forward, based on Wolf's order — although courts are still subject to the limitation of the federal CARES Act, according to Fishel.

Common Pleas Judge Clyde W. Vedder, who heads up York County Court's civil division, said the court interpreted Wolf's order and then offered explanation and guidance about it to the district judges. 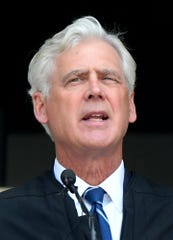 The federal CARES Act, signed into law on March 27, provided economic assistance to Americans financially affected by the COVID-19 pandemic but also forbids certain landlords from evicting tenants until July 25, according to Rich.

CARES Act: The federal eviction prohibition applies to landlords who have any ties to federal programs or mortgages, he said, including those with federally backed mortgages or who accept federal Section 8 funding for low-income residents, Rich said, and all public housing is subject to the prohibition.

Rich said that because many tenants in eviction cases represent themselves — and because many landlords covered by the CARES Act prohibition might not even realize it — MidPenn Legal Services is concerned that such evictions might improperly go forward when tenants aren't getting legal advice.

There's also concern that low-income clients don't have access to the type of advanced communication technology that courts are using to hold hearings, such as Zoom video conferencing.

Rich said he and Blake present updated training to magisterial district judges around the state on landlord-tenant issues.

"Even if you are an attorney, this stuff is difficult to get a handle on," he said.

All York County district judges appear to be following the law and Wolf's order regarding eviction proceedings, Rich noted.