Once restrictions for COVID-19 are lifted, the fire company said, it hopes to host some smaller events this summer. 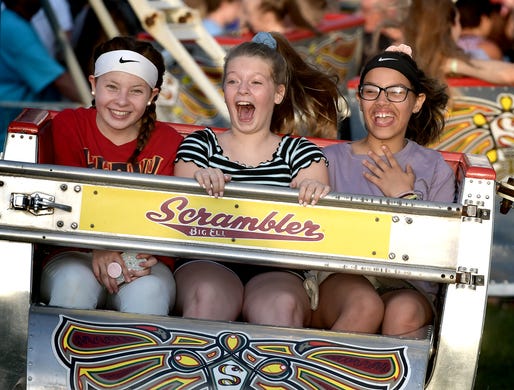 Sophia Stewart, 14, left, tries to get a photo of her friend Colette McMahon, 13, both of New Freedom, while riding the Swinger at the Shrewsbury Fireman's Carnival Monday, June 24, 2019. The carnival, featuring live music nightly, runs through June 29. It opens at 5:30 each day. Bill Kalina photo Bill Kalina, The York Dispatch
Fullscreen 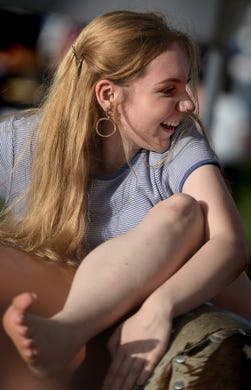 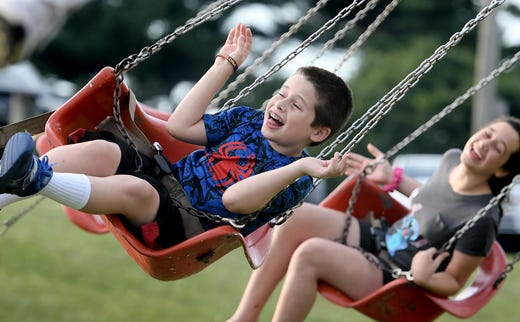 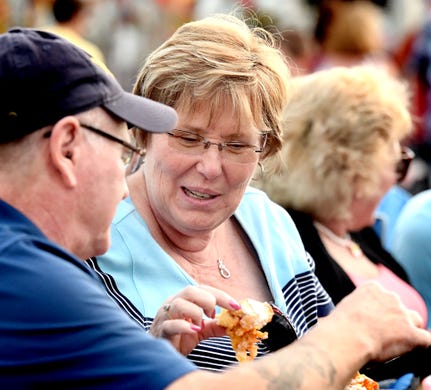 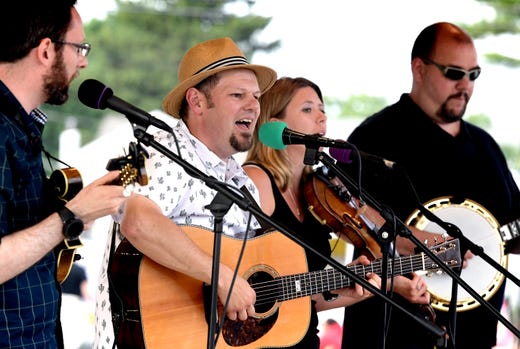 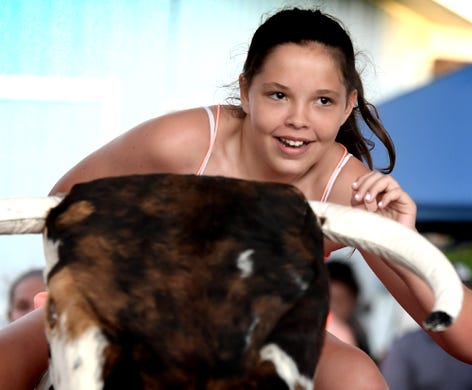 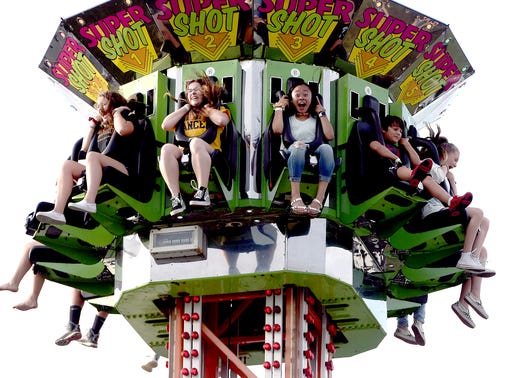 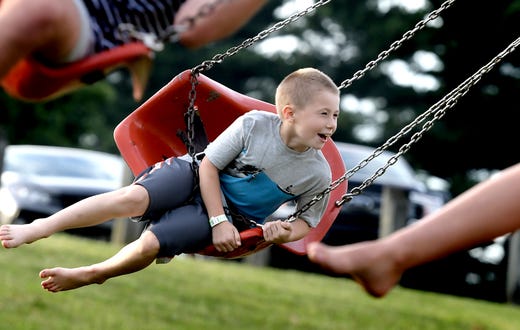 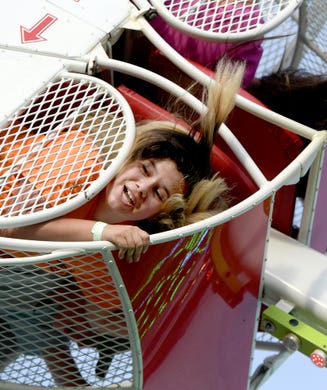 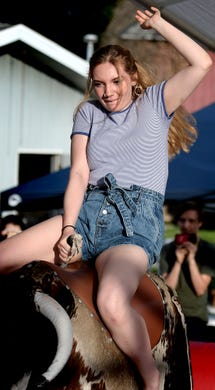 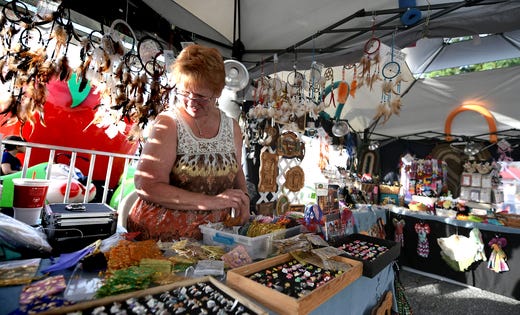 Vicki Day, owner of Uniquely 4 You, tends shop at the Shrewsbury Fireman's Carnival Monday, June 24, 2019. She said it was the fourth year she's vended there. The carnival, featuring live music nightly, runs through June 29. It opens at 5:30 each night. Bill Kalina photo Bill Kalina, The York Dispatch
Fullscreen 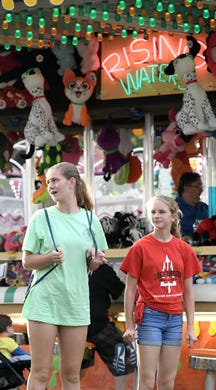 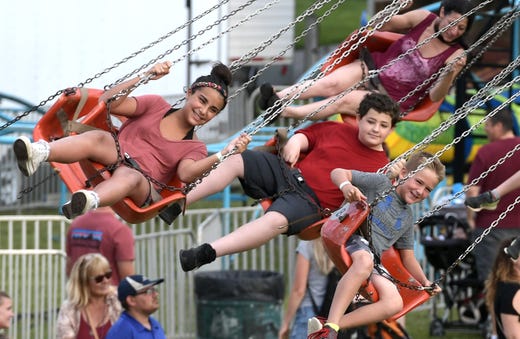 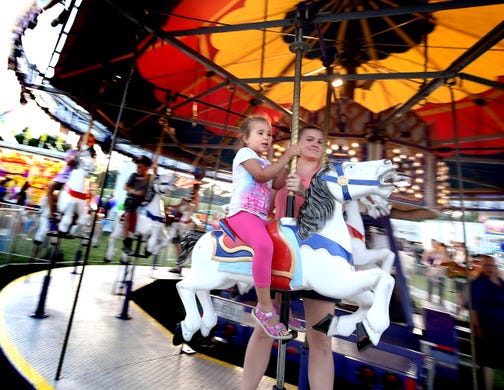 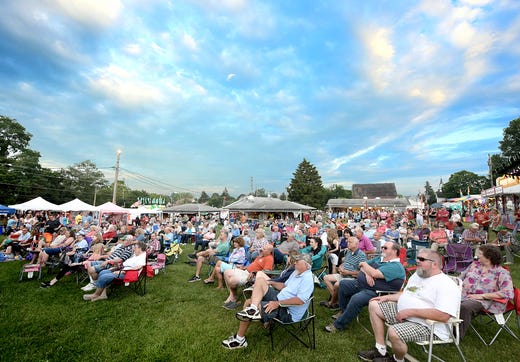 The popular Shrewsbury Fireman’s Carnival will not be held this summer in southern York County due to the coronavirus pandemic.

The Shrewsbury Volunteer Fire Co. made the announcement Tuesday. The event was scheduled to be held June 22-27.

“It is with heavy hearts that we make this difficult decision,” the organization said in a Facebook post. “As the Shrewsbury Volunteer Fire Co. and community we want to take every precaution to stay safe and healthy.”

Once restrictions for COVID-19 are lifted, the fire company said, it hopes to host some smaller events this summer. The organization said it also is making plans for the 2021 festival.

The future of other area carnivals and festivals remains up in the air, including the York State Fair, scheduled for July 24 to Aug 2., and the Dallastown Carnival, scheduled  Aug. 11-15.

“At this point we are in a wait and see position and a lot will depend on the instructions/directives that are issued by (Gov. Tom Wolf) over the next few weeks,” York State Fair CEO Bryan Blair said in a statement Wednesday.

“At the present time we are still in planning mode preparing for the 2020 York State Fair.”

Blair said he does not have a “drop dead” date for canceling the event.

“The first time any potential cancellation would be discussed by the board would be June 9 and I would hope there would be clearer guidance and direction from (the) state government at that time,” he said.

Blair said that timeline could change if Wolf issues a directive postponing fairs throughout the state.

The last event held at the York Expo Center was The Celtic Classic Dog Show, held  March 11-15. The fairgrounds has been converted to a drive-thru coronavirus testing site since then.

The next event tentatively scheduled is NSRA Street Rod Nationals East, on the calendar for June 5-7, according to Brianna Holmes, communications director.

A decision on the Dallastown Carnival is expected to be made by the end of June, an official said Wednesday.

The St. Joseph Carnival at St.Joseph Catholic Church in Springettsbury Township, said Thursday its event has been canceled, It was set to be held June 9-13. 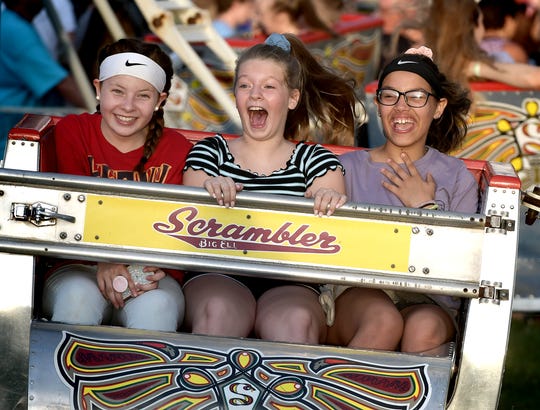