PostModern Jukebox concert in York canceled due to coronavirus concerns

The band has postponed all of its concerts during its spring tour, according to an attached open letter from Scott Bradlee, the band's founder.

PostModern Jukebox concert in York canceled due to coronavirus concerns 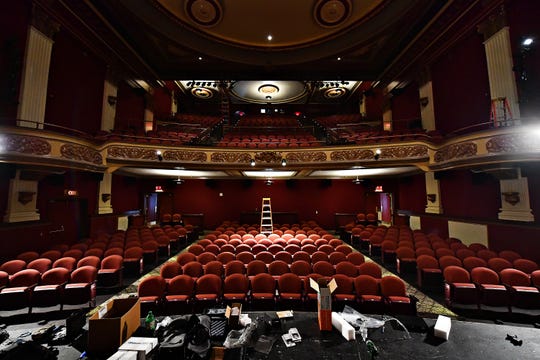 PostModern Jukebox has postponed all of its concerns during its spring tour, according to an open letter from Scott Bradlee, the band's founder. (Photo: The York Dispatch)

The band PostModern Jukebox has canceled a concert scheduled for Thursday at the Appell Center in York City amid growing coronavirus concerns.

The Appell Center announced the cancellation in a Wednesday afternoon news release. The band postponed all of its remaining spring tour concerts, according to an attached open letter from Scott Bradlee, the band's founder.

"All of us at Postmodern Jukebox are heartbroken by this turn of events, but we know this is just a bump in the road in our mission to bring great music and great talent around the world, as it has been for the past seven years," Bradlee wrote.

The Appell Center will honor all tickets that have been purchased at the rescheduled date, which is yet to be announced.

If someone who purchased a ticket cannot attend the rescheduled event, exchanges and refunds will be offered, the release states.

There are now 15 known cases of the coronavirus in Pennsylvania after another individual in Montgomery County tested "presumptive positive" Wednesday morning, officials said.

There have been more than 1,000 confirmed cases nationwide and at least 30 deaths, The Associated Press reported.

Presumptive positive means that the cases have confirmed by the state but not by the Centers for Disease Control and Prevention. The CDC has confirmed just two of the 15 total cases.

There are no confirmed cases in York County.