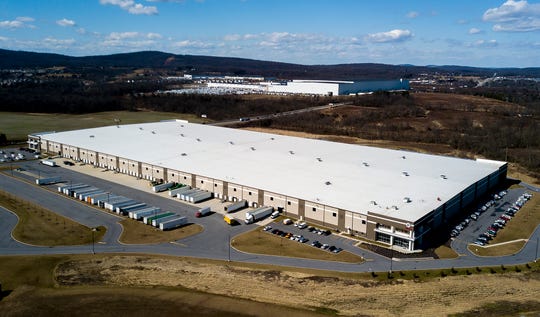 York-based Kinsley Properties has finalized a lease deal for the Graham Packaging Company to fill the remaining square footage at a new distribution center off Interstate 83 in York County. Wednesday, March 4, 2020. John A. Pavoncello photo (Photo: The York Dispatch)

Expanding warehouses along the Interstate 83 corridor are on the rise as the "on-demand culture" for free and fast shipping from e-commerce moguls such as Amazon continue to dominate the retail industry, officials said.

Scattered along I-83 from Fairview to Springettsbury townships, dozens of fulfillment centers have rooted themselves in York County for its proximity to key cities on the East Coast and affordable real estate, officials said.

There are unintended consequences to such warehouses, however, as they consume a large amount of real estate, pose a "significant" burden on the infrastructure needs of local municipalities and put a physical strain on transportation, said Kevin Schreiber, the president and CEO for the York County Economic Alliance.

"Pressure is being put on companies to deliver, hence more of these centers located in proximity to major populations," Schreiber said. "Central Pennsylvania has become identified as one of those key markets."

This file photo shows a warehouse at 340 Emig Road in Emigsville, which was officially sold on Dec. 29, 2016, for $22.95 million, according to the York County land record's office. Graham Packaging Co. is one of the building's tenants. Bill Kalina photo (Photo: The York Dispatch)

Tax revenue: Though these growing warehouses might look like an eyesore to commuters or contribute large volumes of truck traffic through the county, Schreiber said warehouses can be advantageous to the local economy by providing increased tax revenue and jobs.

Ten warehouses spanning more than 50 acres each along I-83 contribute a combined $6.6 million in tax revenue to county school districts and $356,000 to municipalities, according to tax parcel information.

Higher education is adapting to this rising industry too.

As an increasing number of fulfillment centers utilize robots for simple tasks, schools and universities are matching that by offering courses in supply-chain management and logistics, Schreiber said.

Jobs: That doesn't mean a boost in jobs, however.

About 11,000 York County residents work in the warehouse and transportation field, accounting for roughly 5.8% of all jobs in the county, according to 2018 data from the York County Economic Alliance.

Schreiber said jobs in warehouses are expected to decline as automation increases.

Citing warehouse and fulfillment centers as a "dynamic industry," Schreiber said the increasing warehouses in York County are only going to expand.

"One thing that's certain is they're not going away," Schreiber said. 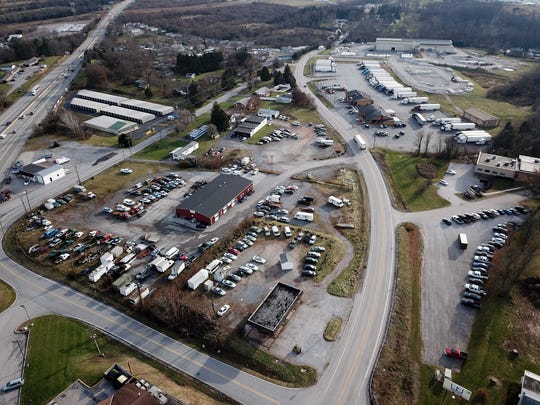 Conewago Township is weighing a proposal to build a new warehouse in the area of Cloverleaf Road that would lead to the creation of a new exit and rerouting the southbound I83 exit, Thursday, December 6, 2018. John A. Pavoncello photo (Photo: The York Dispatch)

New construction: Kinsley Properties, a real estate developer with several existing warehouses along the corridor, has bolstered such warehouse expansion, with plans to construct a new 175,000-square-foot manufacturing and warehouse building this spring.

This recent expansion, along with another recent warehouse, is part of Kinsley's Orchard Business Park project, which is a cluster of buildings the company owns along the I-83 corridor totaling about 452 acres, officials said.

York County serves as the largest distribution center for the coffee chain Starbucks, which moved into a 1.2 million-square-foot warehouse, located at 1605 Bartlett Drive in East Manchester Township, in 2016. The center created 300 new full-time jobs.

"I know there's been a huge explosion of warehouses in Pennsylvania because of its central location to any part of the country," said Ben Marchant, Springettsbury Township's manager. 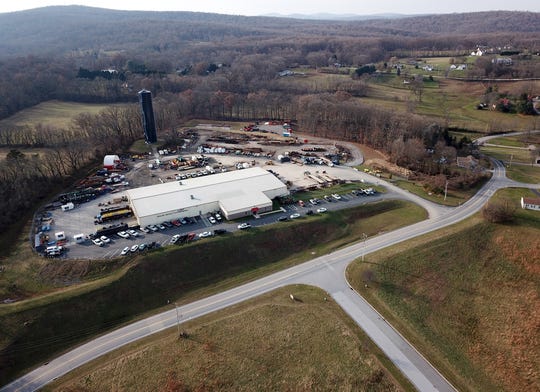 Conewago Township is weighing a proposal to build a new warehouse in the area of Cloverleaf Road that would lead to the creation of a new exit and rerouting the southbound I83 exit, Thursday, December 6, 2018. John A. Pavoncello photo (Photo: The York Dispatch)

Good and bad: Though Springettsbury only holds a few warehouses within its township lines, Marchant said warehouses are a viable business operation serving the community by creating jobs.

"The big concern is the increased truck traffic to an already congested system," Marchant said. "Roads are a big system to maintain."

And, from a revenue perspective, Marchant said, municipalities favor businesses that can also provide additional income and sales taxes — which warehouses do not.

But he said having a balance of different types of businesses and trades can only be good for the local economy.

"You want to have a mix of things to have a healthy economy," Marchant said. "(Warehouses) are certainly a significant portion of our land development and business economy."