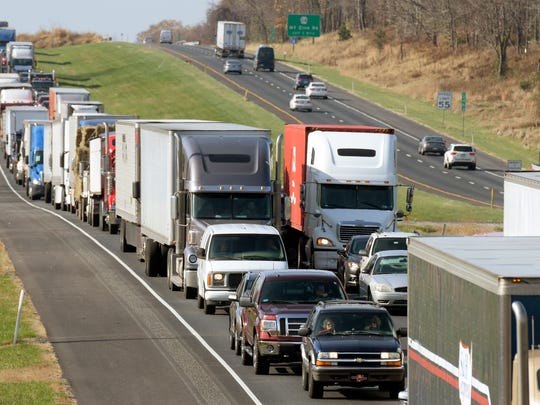 More than 4,800 Pennsylvanians died prematurely in 2018 because of air pollution, the most per capita in the nation and third highest in total, according to a new study published in the science journal Nature.

The study, published by researchers at the Massachusetts Institute of Technology on Wednesday, utilized pollution data and computer models to track pollution's movement in the atmosphere to detail how pollution can cause premature deaths long distances from its source.

The study shows Pennsylvania has the highest premature death rate per capita, according to The New York Times. Further analysis shows it ranks third in overall deaths despite being the fifth most populous state.

And, with an economy reliant upon energy generation, natural gas and oil, the state is largely doing it to itself.

A total of 2,724 of the premature deaths in the state came from pollution originating within its borders, the largest contributor of which was residential pollution, according to the study.

In terms of total deaths, Pennsylvania ranks only behind California, which saw 13,110 deaths, and New York, which had 6,332.

The study notes that a large source of air pollutants such as ozone and fine particulate matter is fuel burning as a result of power generation and road traffic.

That pollution in Pennsylvania also was responsible for the second-highest number of deaths in other states in 2018, just slightly behind New Jersey, coming in at more than 2,300.

Pennsylvania-related deaths were most prominent in neighboring states. Its pollution was responsible for 306 premature deaths in Maryland, 715 in New Jersey and 657 in New York, according to the study.

Regional approach: Gov. Tom Wolf has attempted to take steps to combat the state's pollution issue, but he has been hit with strong opposition from Republicans.

In October, for example, the Democrat signed an executive order to work toward joining the Regional Greenhouse Gas Initiative, a regional cap-and-trade initiative meant to lower carbon dioxide output.

Once in the RGGI, states set a number of allowances to be given out to electric power plants that generate 25 megawatts or more. Each allowance covers one short ton of emissions, and the cap decreases each year.

From there, plants can purchase additional allowances from regional auctions, and the funds are used by the state to reinvest in carbon-reduction programs and in improving energy efficiency.

Republicans have accused Wolf of overstepping his executive powers and making a decision that would hurt the state's energy sector, likening the "go-it-alone" approach to autocracy.

Republicans have proposed legislation in both chambers to block Wolf from bringing the state into RGGI, but the bills remain stalled in environmental resources and energy committees.

Brunner island: York County is home to Talen Energy's Brunner Island Power Plant, which the Sierra Club claims has been one of Pennsylvania's largest sources of the smog-causing pollutant nitrogen oxide.

In 2017, Connecticut filed a lawsuit to force the EPA to address an earlier petition regarding the York Haven plant, which it blamed for creating air quality issues in the Constitution State. Delaware filed a similar petition in 2016.

The EPA rejected Connecticut's petition in 2018.

For decades, Brunner Island operated exclusively as a coal-fired plant, but a multimillion-dollar renovation upgraded the facility to a co-fire plant, allowing it to burn coal or natural gas.

Talen Energy reached an agreement with the Sierra Club in 2018 to significantly reduce its coal usage by 2023 and completely eliminate it before 2029.

Editor's note: This article has been updated to reflect that more than 4,800 Pennsylvanians died prematurely due to air pollution, the third most in the nation.