Poodle named Best in Show at Westminster trained near Hanover

Poodle named Best in Show at Westminster trained near Hanover 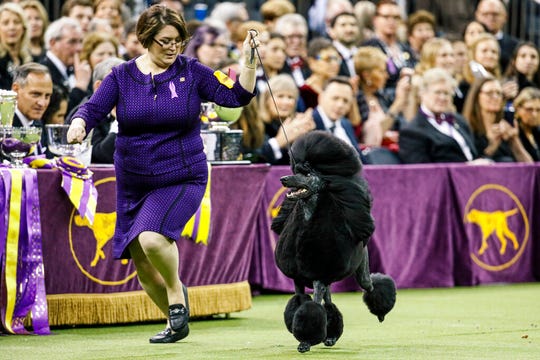 The 3-year-old female standard poodle, who was trained near Hanover, appeared on NBC’s “Today Show” and ABC’s “Good Morning America” with her handler, Chrystal Murray-Clas. 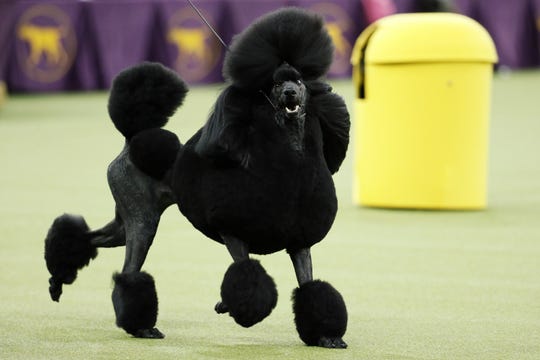 Siba, a 3-year-old standard poodle that won the Best in Show award at the Westminster Kennel Dog Show Tuesday night at Madison Square Garden, has a York County connection. (Photo: The Associated Press)

More: Poodles primp up at the Westminster dog show

Murray-Clas and her husband, Paul, are owners of Lakeside Pet Resort at Codorus Park, located at 831 Blooming Grove Road in Penn Township.

Neither Murray-Clas nor her husband could be reached Wednesday for additional comment.

"Chrystal and I are speechless," Paul posted on the pet resort's Facebook page Wednesday morning. "Siba winning the Westminster Kennel Club dog show in NYC was beyond our wildest dreams."

The black standard poodle, easily recognizable by her fluffy fur, is owned by William Lee and Connie Unger from Northampton County.

On Monday, Siba won the best of breed contest for standard poodles. She then went on to take first place in the nonsporting group.

Tuesday night’s crowning event marked Siba’s final showing of her career, according to the pet resort.

Murray-Clas told the “Today Show” the dog loves chicken and nothing else. She celebrated following the competition by eating grilled chicken from McDonald’s.

Siba was chosen from among seven finalists and beat out more than 2,600 dogs representing 204 breeds over three days of competition in one of the most prestigious dog shows in the world.

"Siba, when she goes in there, she can feel the energy of the crowd and she just eats it up,'' Murray-Clas said on the “Today Show.”

"She has effortless gait, and it just shows her power and her beauty and her strength," Bisher said. "I think the judge just couldn't deny her. She really is a muscular, strong, athletic standard poodle."