The legislation in question would allow the city's 97 non-union employees to have the option of living in seven different surrounding counties.. 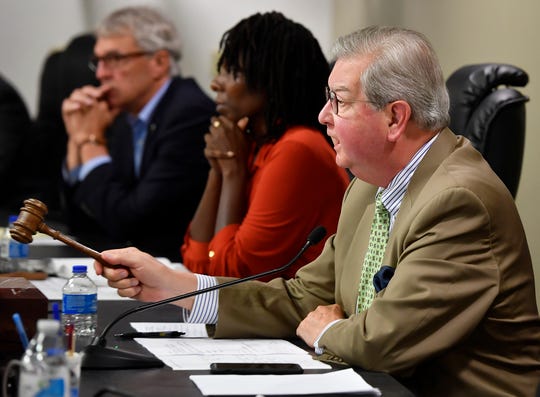 York City Council on Monday, Feb. 10, will hold a town hall to discuss legislation that would expand the residency requirement for non-union employees. (Photo: The York Dispatch)

York City Council  will hold a town hall to discuss legislation that would vastly expand the residency requirement for the city's nonunion employees.

The town hall will take place at 6 p.m. Monday at Logos Academy. The legislation in question, which council punted on in December, would allow the city's 97 nonunion employees to have the option of living in anywhere in York County, as well as in seven  surrounding counties.

Some residents have said it is best to ensure that those who work in the city also live there, Nixon said.

On the other hand, he added, others have told the council that any restrictions on where a city worker must live could prevent the municipality from hiring the most qualified candidates.

If the legislation passes, employees would be allowed to live in neighboring Adams, Cumberland, Dauphin and Lancaster counties, as well as Harford, Baltimore and Carroll counties in Maryland.

Department heads, for example are required to live in the city. That's currently a contentious debate as council weighs waiving a residency requirement for fire Chief Chad Deardorff.

The city's union employees also have residency requirements, but those requirements differ depending on contracts with the various unions.