York County on Thursday was one of a handful of locations nationwide to hear the U.S. Environmental Protection Agency's first proposed lead regulations in more than 20 years. 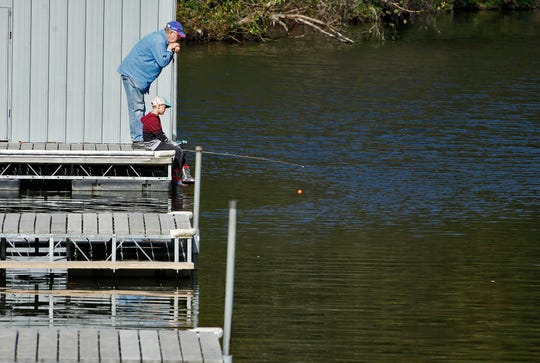 John Repp of New Freedom looks on as his grandson Asher Lawrence, 8, waits for a bite while fishing from the docks at Lake Redman, Thursday, October 10, 2019. "I haven't fished in 65 years," said Repp. (Photo: The York Dispatch)

York County on Thursday was one of a handful of locations nationwide to hear the U.S. Environmental Protection Agency's first proposed lead regulations in more than 20 years. 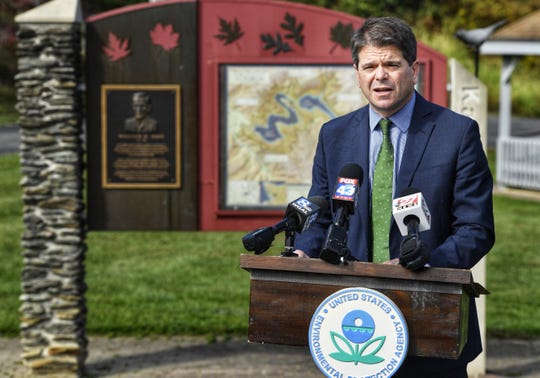 Cosmo Servidio, the regional administrator for the U.S. Environmental Protection Agency, speaks to the press about new proposed regulations for lead in water. (Photo: John Pavoncello)

The Trump administration's proposed regulation would require water systems to maintain a public list of lead service lines and replace those that exceed 15 parts per billion.

The trigger level of lead content would also be lowered to 10 ppb, compelling water systems to identify a plan to reduce the lead content. It would not alter the existing action level of 15 ppb.

Water systems would have to notify customers within 24 hours if their water hit the 15 ppb threshold. They also would have to replace all company-owned lead service lines once a customer decides to replace the lines they own.

The issue of lead in water hit locally in 2016, when when an EPA-mandated sampling in the county revealed that tap water in six of the 50 buildings tested was over the maximum amount of lead allowed by the agency. Roughly half of those buildings were in York City.

York Water Co. promptly announced it would be replacing all of its company-owned lead service lines, a project that was completed in December 2018. The EPA lauded the company's proactive efforts. 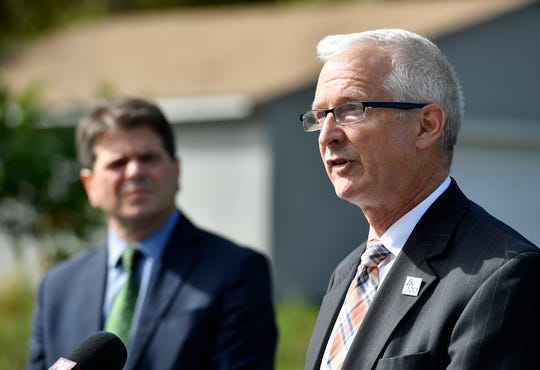 "This is just the next step as we ratchet down to the next step of zero," said York Water Co. CEO Jeff Hines. "We appreciate the administrator's compliment, but it's the right thing to do. And we hope all water systems are doing the same,"

The visit to York came as EPA Acting Administrator Andrew Wheeler made the same announcement in Green Bay, Wisconsin.

There will be a 60-day public comment period where the agency will hear from residents, companies and organizations.

Lead contamination in water made national headlines in 2014 in Flint, Michigan, where residents showed elevated blood-lead levels. There is still lead in the water to date.

Although lead pipes were banned in 1986, many older homes still are connected to local water supplies through lead service lines.

— Logan Hullinger can be reached at lhullinger@yorkdispatch.com or via Twitter at @LoganHullYD