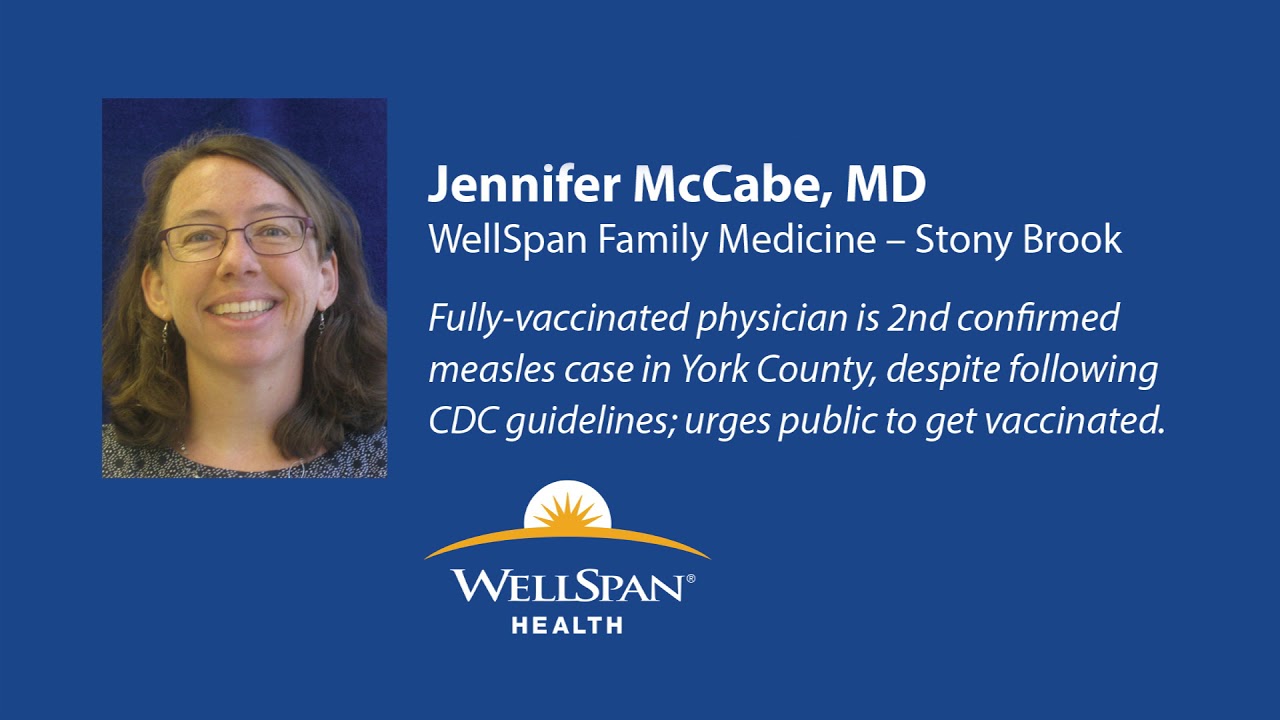 Dr. Amesh Adalja, a native of Butler County, on Tuesday told The York Dispatch the medical provider and state agency are following standard procedures by contacting those who may have been exposed and pushing vaccinations.

"I don't have any concerns with the way this is being handled," Adalja said. "The important thing is to make sure vaccination rates are as high as they can be. In general, what we do is figure out where people have been and identify people who may have been exposed and identify their vaccination status."

The latest case of measles is Dr. Jennifer McCabe, a family medicine specialist at WellSpan Stony Brook Health Center. On Sunday, she was confirmed as the 15th measles case in the state this year.

It is also the second case this year where patients and staff at Stony Brook were potentially exposed to measles. In late August, an individual with measles received care at the facility as well as at WellSpan York Hospital.

After McCabe's diagnosis, the state and hospital put out news releases imploring those who may have been exposed at the following locations during the specified time frames to contact their health care provider or call 1-877-PA-HEALTH:

The specified time periods cover the four-day period during which the disease is contagious prior to symptoms appearing.

McCabe had been vaccinated twice — which is recommended by the Centers for Disease Control and Prevention, as it's 97% effective — and has tested "presumed immune" to measles three times in the past 20 years, including after her diagnosis.

McCabe first felt symptoms on Friday and had continued to see patients until then. In an audio recording released Tuesday, she asserted the symptoms were very faint and likely less contagious than normal because of her vaccination history.

She is now quarantined in her home.

York Hospital is screening all patients and visitors before they enter the facility. The process includes asking questions about whether individuals may have been exposed to measles in either of the two cases in York County.

Throughout the rest of the week, WellSpan will be offering blood draws from 8 a.m. to 4 p.m. at its lab facility in Queensgate Shopping Center.

A representative for the CDC said it typically does not comment on whether the state is correctly handling measles cases.