The White Rose FOP union president said Officer Griffin Jackson shouldn't have had to resign and is "not the person he is being made out to be." 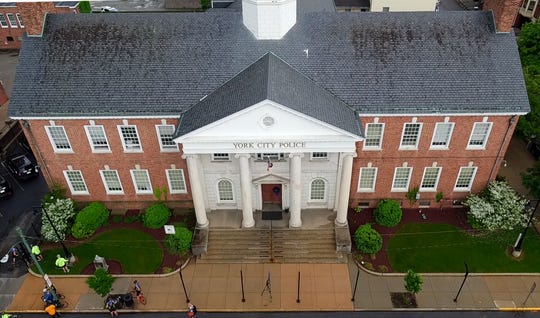 A York City police officer hired 14 months ago is no longer on the force.

Officer Griffin Jackson's last day of work was Wednesday, Aug. 21, according to Philip Given, chief of staff for Mayor Michael Helfrich.

Given declined to comment about the circumstances that led to Jackson leaving the police department, saying it's a personnel issue.

Jackson was pulled from active patrol duty while that review was ongoing, according to Given.

Jackson, who lives in York City and is in his late 20s, attended the police academy after being hired and was on patrol in York City for only about eight months, according to Mayer. Jackson was still in his probationary period, he said.

"He chose to (resign) so it wouldn't cause further problems for the department and the community," Mayer said. "With the pressure he was put under, and the stress it was putting on the entire department, he felt it was best."

Mayer said Jackson's scrutinized Facebook posts  were primarily made years before he was employed by the department and don't reflect the man he is now.

They include a quip about "ebonics" and the post, "A group of black people is so quite. Said no one ever." It appears he meant "quiet" instead of "quite."

FOP reacts: The White Rose FOP president said he doesn't believe Jackson is racist, adding Jackson never said or did anything on the job that could be construed as racist.

"He should not have had to resign," Mayer said. "He is not the person he is being made out to be."

Jackson has acknowledged making "stupid" posts on social media when he was younger and has indicated that's not the type of person he is now, according to Mayer. "I never once heard that he had any complaints filed against him," Mayer said. "His actions and behavior while employed never showed that he used any biased decision-making."

Mayer said he wonders what York City officials are trying to accomplish by going back and scrutinizing officers' old social-media posts.

"Of the people they've identified in our department (as having made questionable posts), none of them have ever displayed or acted in a manner where they were biased toward anyone," the FOP president said.

Mayer said some officers feel under attack by the public.

"You're criticized for everything you do. The only attention toward law enforcement by the media is mostly negative," he said. "We don't have the support of the political leaders."

Asked if he included Helfrich among those leaders, the FOP president said he does, to an extent.

"I'm not saying he's not supportive of the department as a whole," Mayer said. "But when these issues arise, I believe he's quicker to make a decision to view police officers in a negative light ... to please his constituents."

Mayor responds: Helfrich said social-media posts "are frequently a window into the consciousness and conscience" of people, particularly potential employees being screened for suitability as officers.

He noted that decisions about officers' social-media posts and how to respond to them aren't based on feelings in the city's administration. Rather, they're based on whether those posts conform with the department's social-media policy, implemented in early 2018.

"I support the police to the fullest extent I can, but my absolute sworn duty is to the people of the City of York," Helfrich said. "If there is evidence that an employee ... is acting in a way that creates friction and distance between the people and the government of the City of York, that is a concern that needs to be evaluated.

"What you say in social-media posts ... does require scrutiny."

Helfrich said he understands that some people judge York City officers based solely on conduct by police in places such as Baltimore and Ferguson, Missouri, which the mayor called extremely unfortunate. But that doesn't change things, he said.

'The reality': "I expect excellence in the representatives of the City of York," Helfrich said. "We can do 99 things right, but if one officer does one thing wrong, it diminishes everything that everyone else has done."

That's not fair, Helfrich noted, "but that's the reality."

The mayor said he remains committed to "bridging the gaps that have been created over many decades" in York City and can't allow anything to undermine those efforts. 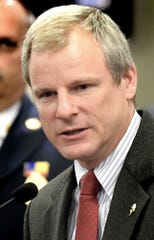 The Plain View Project is composed of a group of Philadelphia attorneys who began compiling public posts from individual police officers in 2016 after learning that Philadelphia-area officers had posted content on their personal Facebook pages that appeared to endorse violence, racism and bigotry, according to the project’s website, www.plainviewproject.org.