In 2018, Scott came within 3 percentage points of Perry, R-Carroll Township, who has held the seat for four terms. Scott announced last month he would not challenge the incumbent in 2020.

“Eugene consistently fights for regular working folks, seniors, students, and the most vulnerable among us," Scott wrote in the endorsement. "He has a long track record of integrity and is a leader we can trust. Now is the time for us to send him to Congress so he can keep up the fight. He can and will win this election.” 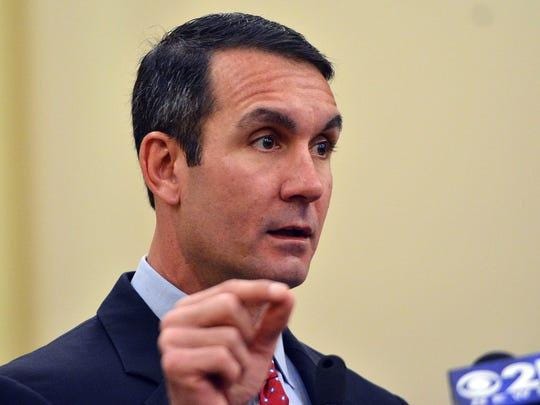 DePasquale has garnered support from the Democratic Congressional Campaign Committee — the official Democratic campaign arm of the U.S. House — although he has yet to receive an official endorsement.

Tom Brier, an attorney and author from Hershey, is also running as a Democratic candidate. He has dismissed the DCCC support as establishment politics.

“George Scott honorably served our country in the Army and then came home to serve his community,” DePasquale said. “I am honored to have the support of someone who has dedicated his life to public service."