York City Police Chief Troy Bankert will be retiring from the force next year. 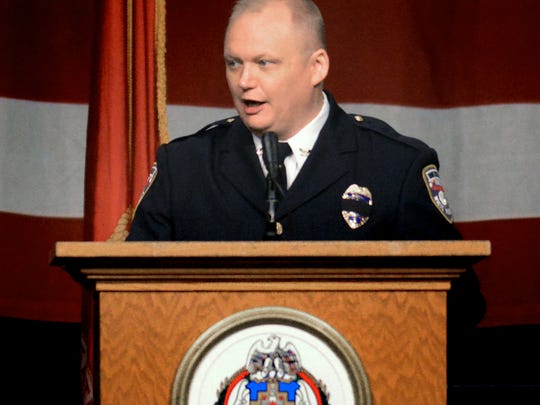 York City Police Chief Troy Bankert will retire from the force in January.

The city announced the upcoming departure on Tuesday, with Bankert saying he would be leaving to be closer to his family in Florida.

“It is only after careful reflection that this decision has been made," Bankert said in a statement. "Our grandchildren live in Florida, along with other family members, and our daughter will be moving there next year. Therefore, after much thought and careful consideration my wife and I have decided to join them.”

Bankert, a York City native, has been with the department for 21 years. He was named interim chief of the York City Police Department in January 2018 before being appointed chief in June of that year.

The Tuesday news release commended Bankert for his dedication to educating the youth and developing relationships with the community, including through the Group Violence Initiative. It also stated the retirement announcement came early to ensure a smooth transition process.

"Chief Bankert’s determination to make York City a safe place for himself, his family, friends, coworkers, residents and visitors can never be questioned," York City Mayor Michael Helfrich said in a statement. "We thank him for it. While his retirement is well-deserved, he will be missed.”

The city has already begun the process of looking for a new chief, Helfrich added.