Less than a month after joining York City Police on a neighborhood walk to meet residents, U.S. Attorney David Freed was back in York to talk about his office's annual report, the opioid epidemic, York City's Group Violence Initiative and York County's partnerships with federal, state and local agencies.

Freed, who is the U.S. attorney in charge of the federal Middle District of Pennsylvania, visited The York Dispatch newsroom on Friday. He oversees offices in Harrisburg, Scranton and Williamsport that represent 33 counties comprising nearly 22,000 square miles of Pennsylvania.

Freed is best known locally as Cumberland County's former district attorney, but he also spent about a year as a prosecutor in the York County District Attorney's Office, starting about 1997.

"It looks like a different place than it did in 1997," he said, and credited government and community leaders for attacking blight and other city issues — including gun violence.

"I have nothing but positive things to say about GVI," Freed said Friday. He described the city's anti-gun-violence initiative as "a thoughtful attempt at a solution to a really intractable problem."

So to reduce violent crime, law enforcement has to identify and target "influencers" in that small group of people who are often involved in gangs or the drug trade, or both. The influencers targeted during call-in presentations then carry a message back to their associates from the York community: "We will stop you if you make us. But we'd rather help you, if you let us."

Those willing to make a fresh start and leave street violence behind are offered comprehensive support by the community organizations involved in GVI. Those who commit gun violence — as well as their fellow group members, neighbors and family — get special attention from police. 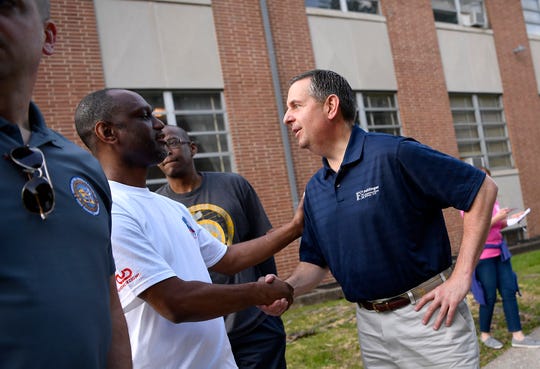 'We ... win': Assistant U.S. Attorney William Houser has spoken to those influencers at the city's call-in presentations, schooling them about harsh federal sentencing guidelines for career offenders and warning that it doesn't take much to be designated a career offender in federal court.

"We almost always win," Freed said of criminal cases prosecuted by his office, adding that the combination of targeted, structured enforcement and community support has helped GVI work in other cities and is the genius of the initiative.

"It treats (influencers) as thinking individuals and lays out the choice that they have," Freed said. "I can't say enough about the York City Police Department, the (York County) District Attorney's Office and the mayor's office."

Freed said he's an advocate of the initiative and would like to see other cities in the middle district consider adopting it.

While there are still street shootings in York City, the U.S. attorney said there is anecdotal evidence that GVI is working — and that a large part of what makes it work are the strong partnerships between local, state and law enforcement, as well as the relationships forged with local community groups.

"I think York is ahead of the game" because of those private/public partnerships, he said.

Meeting neighbors: Freed, York City Police Chief Troy Bankert, the Rev. Larry Walthour of Shiloh Baptist Church and others participated in a neighborhood walk in the city May 22 to help build trust between residents and law enforcement and, hopefully, reduce crime.

Freed said he had meaningful conversations with some of the neighbors he met. 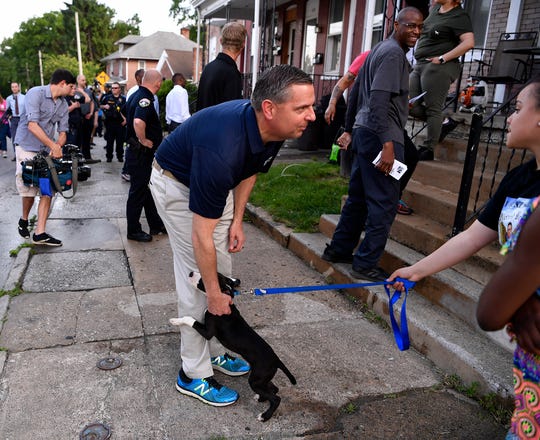 David Freed, U.S. Attorney’s Office for the Middle District of Pennsylvania, talks with residents while walking through the S. Belvidere Ave. neighborhood with local, state and federal law enforcement representatives and community members, Wednesday, May 22, 2019. John A. Pavoncello photo (Photo: The York Dispatch)

Most of them said they need more police officers in their area because just the presence of officers makes things safer.

Freed described Pennsylvania's federal middle district as being in the epicenter of the national heroin/opioid crisis but said he hopes to see overdose deaths level off in some areas of his district.

"Certain things have gotten better — in York, in particular," he said.

Opioid epidemic: York County was among the first of Pennsylvania's 67 counties to put naloxone — the antidote for heroin and opioid overdoses — into the hands of every police officer, Freed said.

Federal prosecutors have taken over a number of York County drug-dealing cases, including nearly two dozen defendants who were members of York City's Southside street gang. Most of them are currently serving either long federal prison sentences or life in prison.

To that end, Freed said postal inspectors in the middle district are working closely with the U.S. Postal Service in an effort to find and seize drugs.

"We've seen ... more contraband coming through the mail," he said, including in York County. "You send 20 packages and five are intercepted, you're still ahead of the game."

Going after heroin traffickers and those who commit gun violence are at the top of the priority list for Project Safe Neighborhoods, according to Freed. It's a national initiative in which U.S. attorneys across the country focus resources on violent offenders, violent street gangs, leaders of drug organizations and financial crimes. 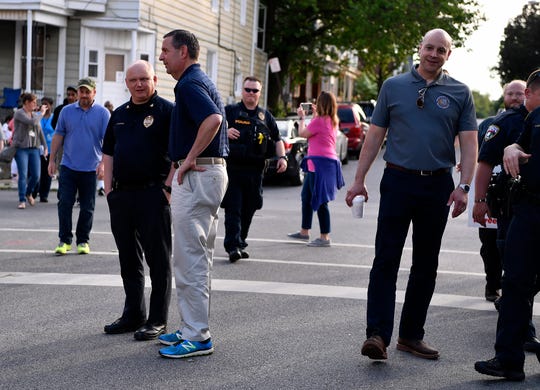 Part of that focus is working closely with the local district attorney's office, including with York County DA Dave Sunday, whom Freed praised.

Dual prosecutor? Before becoming district attorney, Sunday was a chief prosecutor in York County and was "cross-designated" so he could try federal cases in federal court.

Freed and Sunday are now looking at the possibility of cross-designating a York County prosecutor and assigning that person to Harrisburg's federal court full time to handle the bulk of the York cases that move up to federal court.

"It's a great program, as long as the caseload supports it," Freed said. "And I think it would."

"That's an avenue we're certainly exploring," said Kyle King, spokesman for the York County DA's Office. He said the office has a great working relationship with federal prosecutors and is looking into grants "or other means" to fund such a position.

Freed said his office is also busy prosecuting immigrants who were deported but illegally returned to this country, as well as gun crimes and gun violence.

"The gun focus is because the (federal) penalties are so severe," he said.