York City Council has set a time and date for a town hall meeting to discuss the city's embattled Department of Economic and Community Development. 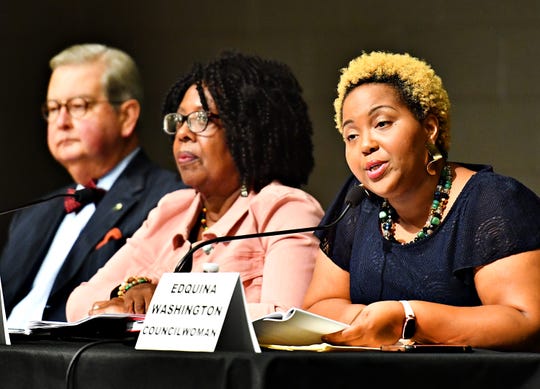 The York City Council has a date for a town hall meeting to discuss the city's embattled Department of Economic and Community Development.

"It's a perfect opportunity for the administration to explain to anyone and everybody what exactly they're doing," City Council Vice President Sandie Walker said. "It's a mayor-dominant operation in a third-class city. The mayor can do a lot of things, but it has to be properly communicated."

On Wednesday, council members described the event as a way "to receive comments from residents relating to the long-term plans and visions" for the department, a stark difference from last week's committee meeting.

This past week, Council President Henry Nixon described the event as a response to backlash following Nace's appointment, adding the hearing could result in an investigation.

Council members Edquina Washington and Judy Ritter-Dixon said the public deserves to have their voices heard, but they declined to comment when asked what their personal issues with Nace's appointment were. 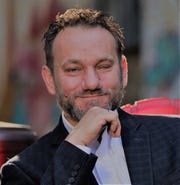 Blanda Nace, former director of strategic development at the York County Economic Alliance, announced his candidacy for the York County Board of Commissioners on Sunday, Feb. 10. (Photo: Submitted)

Last week, council members Nixon and Michael Buckingham said the appointment was an end-run on council.

York City Mayor Michael Helfrich, who will be presenting a report detailing the inner workings of the department and its future plans, dismissed the council's efforts and defended Nace's appointment.

For one, it's unheard of that a city council would hold a hearing on an employee, especially one that isn't a department head, he said.

Additionally, with only one employee working under Nace, it would be unreasonable to make him a director, Helfrich continued, adding Nace has brought in tens of thousands of dollars for the city while cutting costs in other areas.

"A small handful of individuals decided to disseminate false information and use it to try and get people riled up," Helfrich has said.

Nace was a former employee of the York County Economic Alliance. Last year, the city mulled handing its economic development arm over to the outside agency, raising the ire of residents of color.

Helfrich has said the city is not searching for a director for the department because of budgetary reasons, adding Nace's salary is "definitely lower" than that of a would-be director.

Philip Given, Helfrich's chief of staff, is now the acting director of the department.