The second phase of the large-scale replacement of decaying public housing units in York City is slated to begin in June of next year, but residents have mixed opinions about the upgrade. 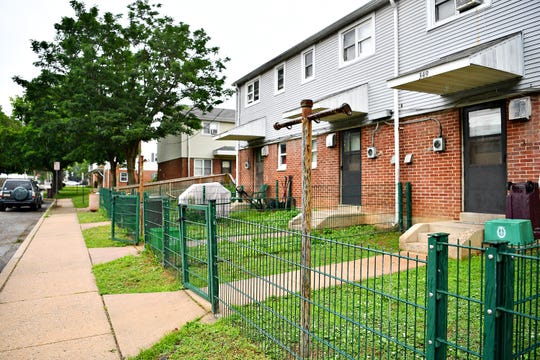 The second phase of the large-scale replacement of decaying public housing units in York City is slated to begin in June 2020, but residents have mixed opinions about the upgrade.

"This is just to increase the quality of housing and neighborhood standards,” Mitchell said. "It takes people out of old units that were built in the 1950s and puts them in energy efficient, sustainable homes.”

The $16 million phase of the housing project would replace 32 units in the area of West College Avenue and South Penn Street with 50 new multi-bedroom units. There is not yet an estimated completion date.

The York Dispatch spoke about the project with several residents, all of whom declined to give their names out of fear the Housing Authority would punish them for speaking out. Responses to the project varied from relief to disapproval. 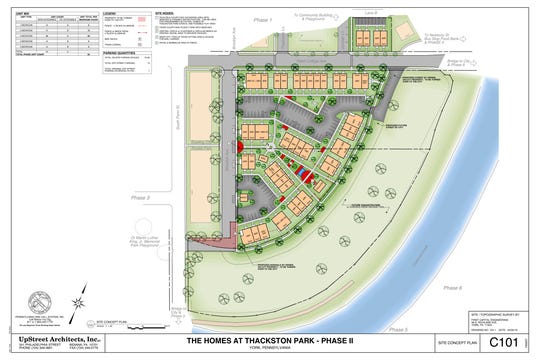 The second phase of the large-scale replacement of decaying public housing units in York City is slated to begin June of next year. (Photo: York Housing Authority)

"You can tell (the homes) are coming apart," said one man who grew up in the development. "They've been here for so long. They need to refresh them. A lot of stuff is loose and worn."

Mitchell said the units are structurally sound but are so old that maintaining the decaying infrastructure is becoming more difficult, especially with a lack of funding.

This newest phase will be funded primarily through federal Low Income Housing Tax Credits, which also will fund off-street parking, a community center and recreational space along the Codorus Creek.

Current residents will be prioritized in the application process once the revitalization is completed — while also receiving housing vouchers — and those who don't wish to come back could be relocated to other public housing in the county.

Yet one woman, who described some units as roach-infested with deteriorating appliances, said despite the financial aid she still wouldn't come back to the refreshed neighborhood because of the gun violence and crime in the area.

On the other hand, some residents said they would return because of the sentimental value attached to the neighborhood — with one individual emphasizing she wished the units wouldn't have to be torn down in the first place.

"I've lived here for 25 years, and there's a lot of sentimental value," she said. "It's probably about time they update the houses because they're so old, but I don't think they're that bad. I just know I'm going to come back to my block."

The project, although larger, is similar to the first phase that was completed in 2013 at the Homes at Thackston Park. That provided 39 new units along with parking, community space and maintenance for a total of $12 million.