North Codorus Township's potential future with Southwestern Regional Police as a contracted community has been axed, and now the township must decide its next steps. 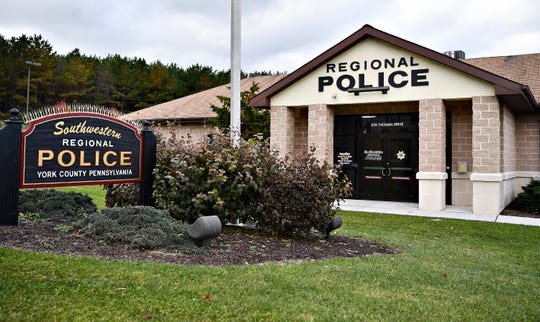 During the board's Wednesday, May 8, meeting, chairman Matt Bollinger, a Heidelberg Township supervisor, said his community and Spring Grove officials aren't interested in contracting services to North Codorus and Manheim townships just yet.

"It doesn't seem financially prudent to offer any type of contracting at this point, in the constant stasis of the department," Bollinger said after the meeting.

The contract-for-service option was suggested during a special meeting last month as a way to potentially keep North Codorus Township with the department.

Township officials, citing rising costs among other things, have voted to leave the regional police department by year's end. The township pays about $1 million a year for police services, roughly half of the department's yearly police budget.

Now, the township must decide whether to stay with Southwestern Regional Police or pursue police services with one of two other departments that have submitted bids.

Contracting services: Bollinger said the board might be able to explore the idea of contracting to the two municipalities, but not until after the department is stabilized.

"I'm not opposed to talking about it in the future, but you have to help us fix the issues," Bollinger said.

He also said the department works best when they're all together, which would offer stability for any other municipalities that wish to join.

"What we hope is that North Codorus changes their mind," he said.

Under contracted services, North Codorus Township would have purchased the amount of hours it wants but would have had no representation on the police board, which governs the department.

North Codorus Township Supervisor Rodney Shearer, who serves on the police board, suggested the board explore contracting services to the township during a special meeting last month.

Larry Miller, a Manheim Township supervisor who sits on the police board, suggested the board offer contracted services to Manheim as well, saying it would be easier.

Shearer said the decision not to pursue contracting services was a surprise.

"I thought everybody was excited about that," he said. 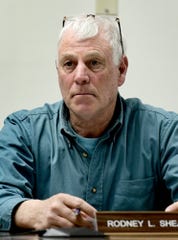 North Codorus Township supervisor Rodney Shearer listens to residents during the board's monthly meeting Tuesday, March 19, 2019. In October, supervisors submitted their intent to abandon the service of the Southwestern Regional Police by the end of 2019, citing rising costs as the reason behind the departure. Bill Kalina photo (Photo: Bill Kalina, The York Dispatch)

Next steps: With contracting services off the table for now, Bollinger brought back a 2020 proposed budget, similar to one presented in March, as a "working document moving forward."

The other municipalities would receive about a 25% reduction in services as well, according to Bollinger.

But Shearer expressed concern over that budget, adding that the budget only works if the police officers' contract is changed, which hasn't happened. 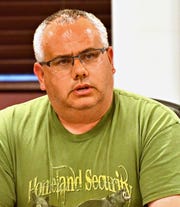 The board voted to have solicitor Walter Tilley reach out to North Codorus Township's solicitor to discuss a separation agreement. Tilley has estimated the township would have to pay a $1 million penalty to the department if it leaves.

Shearer said the township hopes to have a decision by June or July. The township has always been open to staying with Southwestern Regional Police, according to Shearer.

“We’re going to give them a chance as long as we can," he said.