Police: Driver OK after crashing into pole in Hellam Twp.

A portion of Mount Pisgah Road near Ducktown Road is expected to be closed for an extended period of time, according to Hellam Twp. Police.

Police: Driver OK after crashing into pole in Hellam Twp. 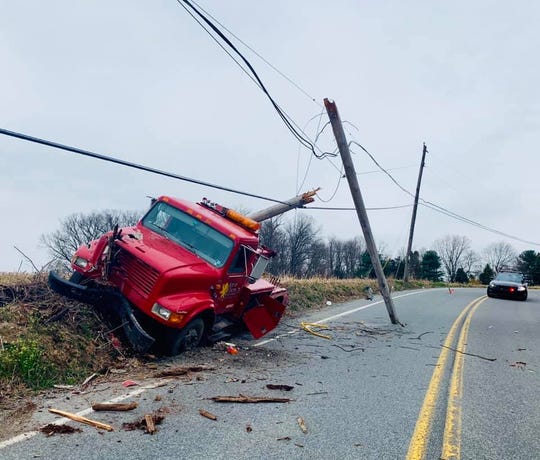 The driver of this truck escaped serious injury when he crashed into a utility pole, snapping it, on Mount Pisgah Road in Hellam Twp. on April 5, 2019. (Photo: Courtesy of Hellam Twp. Police)

Police said the driver will be OK.

That section of Mount Pisgah Road is expected to be closed for an extended period of time, according to police.

Drivers are advised to avoid the area.