Exelon Corp. nearly tripled its lobbying expenditures between 2016 and 2018 — and it will soon see if that paid off as hearings about subsidizing nuclear energy begin next week.

Exelon Corp. nearly tripled its lobbying expenditures in Pennsylvania between 2016 and 2018 — and it will soon see if that paid off as hearings about subsidizing nuclear energy begin next week.

The struggling nuclear energy industry has attempted to seize on the national push for zero-emissions energy, which in Exelon's case includes both lobbying and campaign contributions favoring Republican lawmakers overseeing the Legislature.

The industry's most recent potential savior stems from legislation sitting in the House Consumer Affairs Committee authored by state Rep. Thomas Mehaffie, R-Dauphin County, which would give the nuclear industry $500 million in subsidies annually.

Years ago, Exelon also boosted its support for candidates for state office. The corporation's political action committee doubled its campaign contributions in 2010 compared with the 2008 cycle, according to campaign finance reports. They continued to increase up until 2014.

"Exelon supports a diverse group of elected officials from both sides of the aisle who share our vision for powering clean communities and supporting the needs of our customers," said company spokeswoman Elizabeth Keating.

Mehaffie, the subsidization bill's sponsor, has received $2,000 from Exelon.

The spike in donations correlates with former President Barack Obama's tenure. A Chicago native, he had a strong relationship with Exelon and was a large proponent of nuclear energy.

Obama took office during the time period some dubbed as the "Nuclear Renaissance," and the company's contributions to states that preside over nuclear assets mimicked its federal interests, said Epstein. 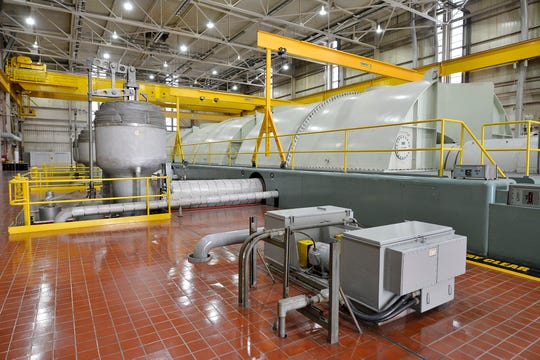 Leading up to Exelon's contributions to state lawmakers doubling, a few things happened:

Several happenings also correlated with the 2014 peak in expenditures:

"Leadership makes the decisions about the agenda, what gets moved forward and what doesn't," said G. Terry Madonna, director of the Center for Politics and Public Affairs at Franklin & Marshall College. "They're in a position to exert influence over their rank and file. (The contributions) aren't uncommon."

Exelon's bid for state subsidies isn't without its backers, especially from environmental activists who cite nuclear as the primary viable source of zero-carbon energy.

Nuclear energy accounts for 93 percent of the state's energy that doesn't come from fossil fuels or other carbon-spewing sources, he noted.

"If those plants close, Pennsylvania will not meet any of its climate commitments," Shellenberger said.

The loss of nuclear plants would result in lost jobs and an increase in reliance on fossil fuels, proponents argue, especially as technologies for wind and solar power aren't as reliable.

"Pennsylvania cannot stand by and watch all of these benefits disappear as nuclear power plant after nuclear power plant prematurely retires," Mehaffie said in a memo that preceded the rollout of his legislation. "We cannot wait for Washington policymakers and the operator of the regional interstate electric market to solve this problem."

Hearings on the nuclear industry subsidization bill are scheduled for Monday, April 8, April 15, April 29 and May 6 before the House Consumer Affairs Committee.

The hearings will be livestreamed at www.pahousegop.com.

Representatives from the nuclear power industry will be present, as will the Pennsylvania Chamber of Business and Industry and Citizens Against Nuclear Bailouts Coalition.